Yellowstone National Park’s famous treasures are celebrated worldwide: rare geysers, herds of free-roaming wildlife, the magnificent Old Faithful Inn, and the spectacular Grand Canyon of the Yellowstone River, to name a few. However, just outside the park’s North Entrance, several million lesser-known treasures are tucked away in a facility built especially for their preservation. 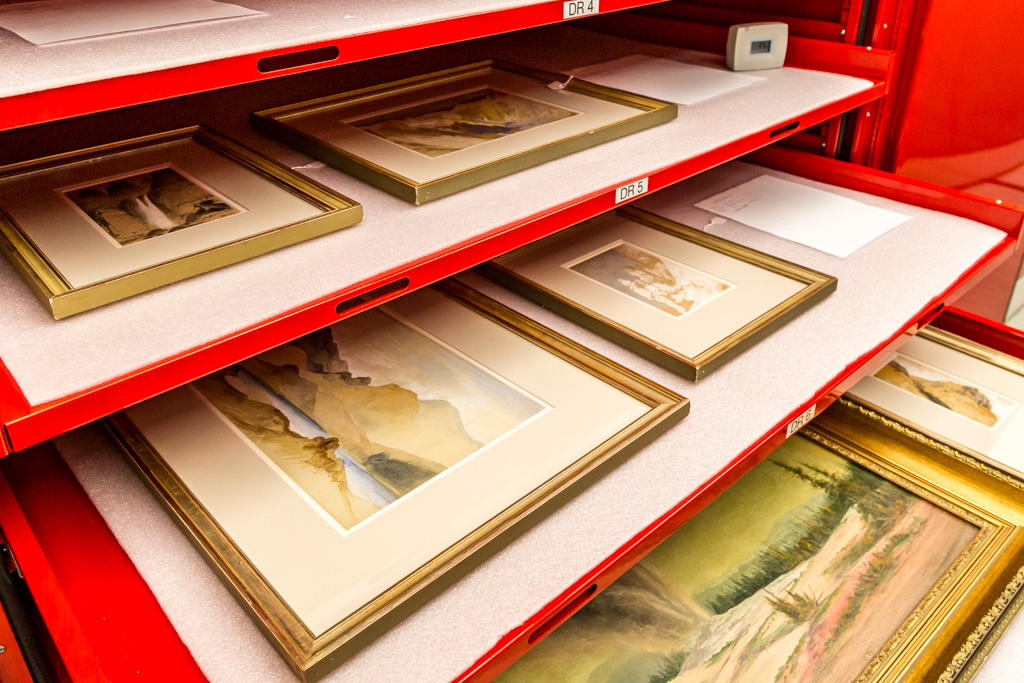 The Heritage and Research Center (HRC) is a storage and research center with a threefold mission: to document Yellowstone’s natural and cultural resources, preserve them, and make them accessible to the public. It contains one of the largest collections in the National Park Service, housed within an archive, a library, and numerous museum collections. However, it is not like a typical museum that most people are familiar with, explains Supervisory Museum Curator Colleen Curry.

“The HRC is primarily a collection repository and research facility, with the vast majority of its items unseen by the public,” says Curry. “However, we are able to offer rotating exhibits and tours so that visitors can come by and view some cool things they wouldn’t normally see in a national park.”

Curry says that while the National Park Service operates several repositories, most are regional facilities that house items for multiple parks. Only a handful of parks have their own facility, like the HRC, and Yellowstone is the only national park that is an affiliate of the National Archives. 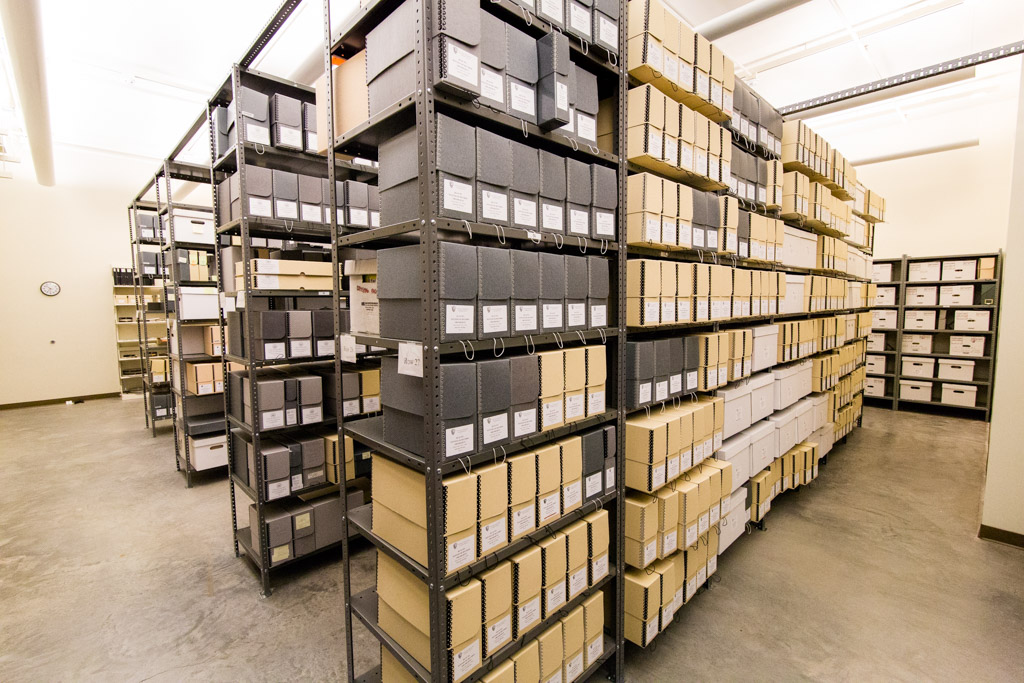 Just some of Yellowstone’s massive archives

The archives at Yellowstone contains several million records, including photographs, maps, administrative records, and research data that document the history of the park. Examples include early US Army records and civilian scout diaries.

The museum collections encompass more than 720,000 diverse objects, including: 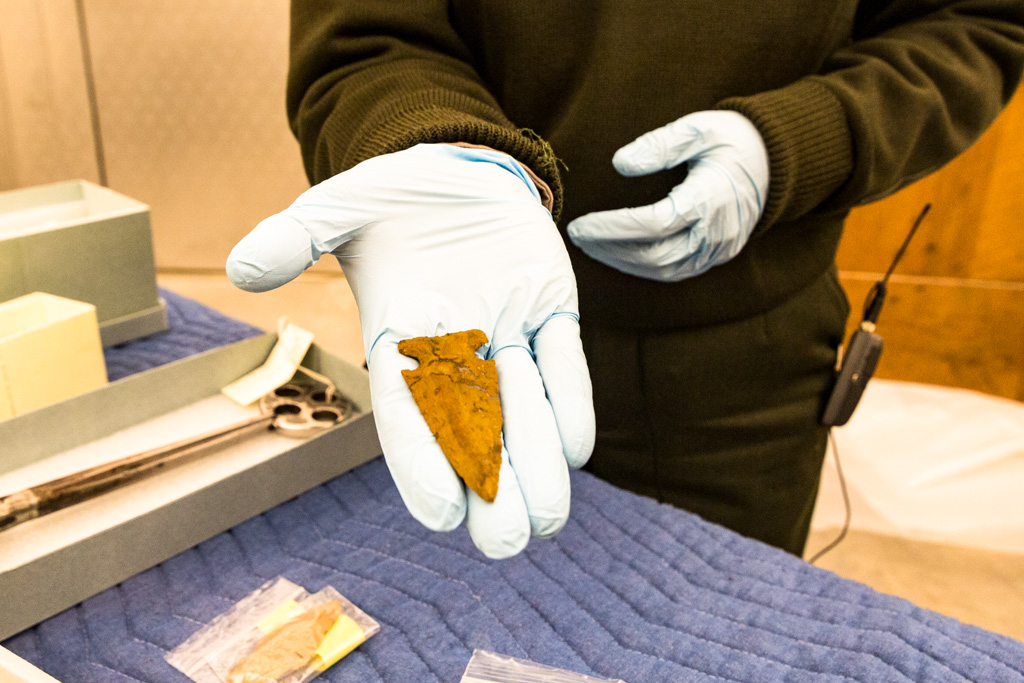 An early arrowhead found in Yellowstone

While funding to build the HRC was provided through government channels, Yellowstone Forever granted funds to furnish the interior and continues to play a key role in operations by funding two full-time librarians and housing for curatorial interns. Yellowstone Forever also supports ongoing preservation projects like digitizing delicate documents to make them accessible to the public.

The Heritage and Research Center, located near the Roosevelt Arch in Gardiner, Montana, is open to the public Monday through Friday, 8:00 a.m. to 5:00 p.m., to view the temporary exhibits in the lobby.

During the summer, visitors can also take a free tour that offers a behind-the-scenes look at the HRC. Tours run on Wednesdays at 2:00 p.m., Memorial Day through Labor Day, and last about one hour. Space is limited to 10 participants, so reserve a slot by calling 307.344.2264. 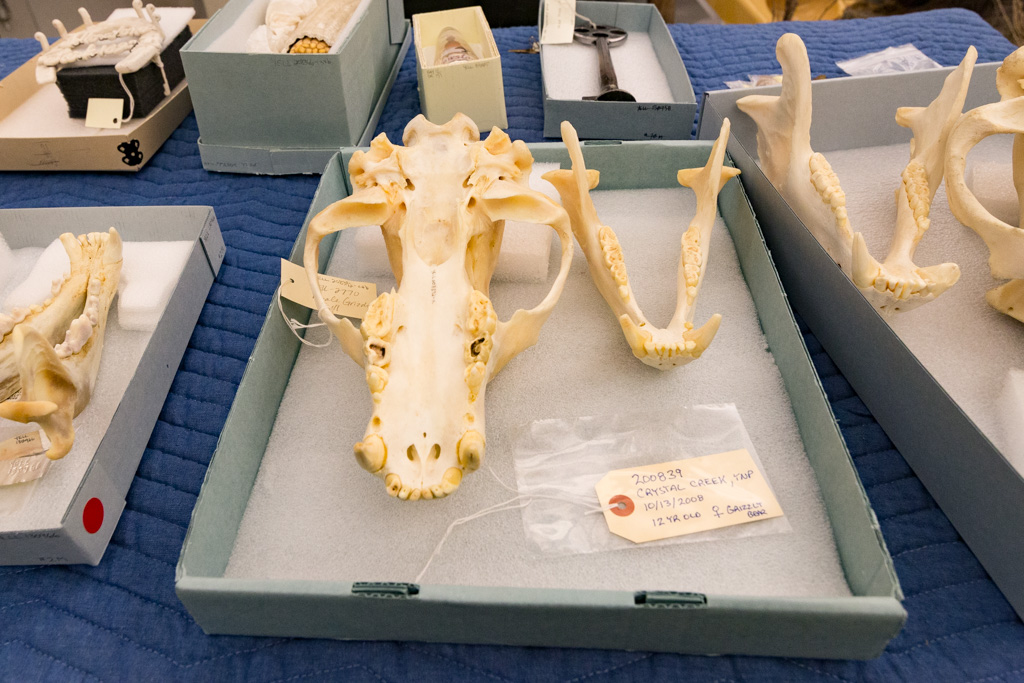 “For the tours, we bring out some items that are favorites with visitors, such as the Moran field sketches and wolf skulls. Since preservation work on the collections takes place year-round, visitors often see staff, volunteers, or interns cataloging, scanning, or photographing objects as we tour through the work rooms,” says Curry.

Appointments are needed to conduct research in the archives ([email protected] gov) and museum collections (307.344.2662).

Visit the park’s website for more information about the HRC .