The life of the western tiger salamander (Ambystoma mavortium), one of Yellowstone’s few species of amphibians, is intriguing. Seldom seen, this seclusive salamander begins its life as an egg deposited in one of the many ponds and lakes of the Greater Yellowstone Ecosystem, before developing into a rather distinct tadpole (or larval) form. 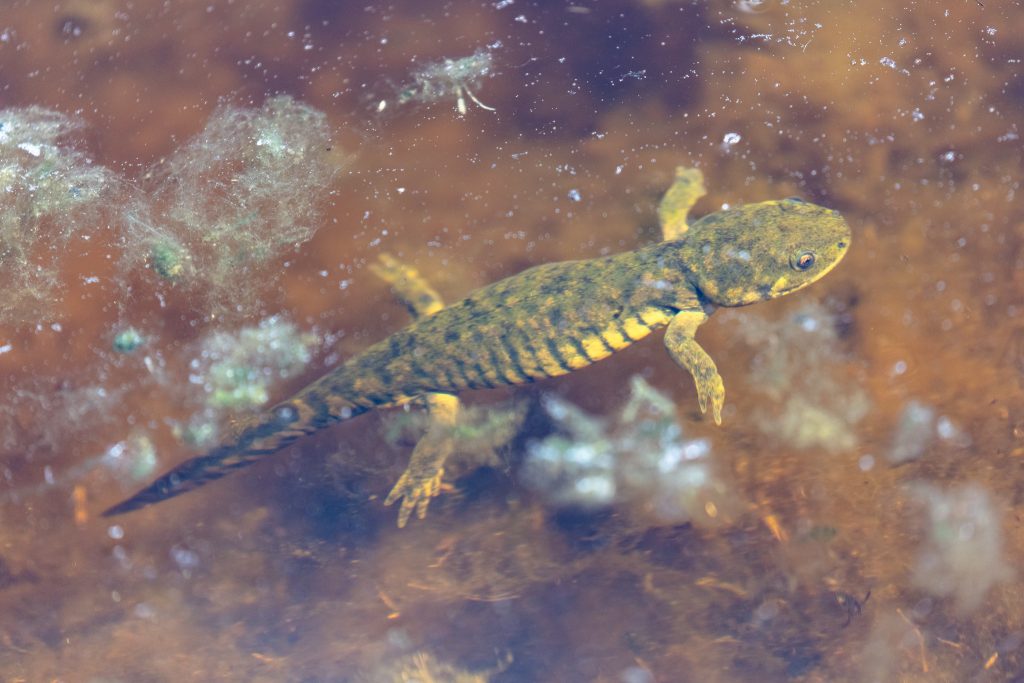 Unlike frogs and toads, salamander tadpoles come out with external gills and four legs, bespeckled with golden flecks on otherwise brown to golden bodies, making them easy to differentiate from our other amphibian species. When transformation into adults takes place around mid to late summer, they lose the gills. The flat, fin-like tail found in tadpoles becomes more rounded. Around that time, they begin to develop the olive-to-green stripes or blotches of the adults. (In fact, the species living here was only a few years ago referred to as the blotched tiger salamander).

These young adults emerge from their watery home into a more terrestrial, though still moist, environment, often living in very wet soils or under logs and cover where they will not dry out. Once there, they lead a rather secluded life, undercover and mostly out of sight, feeding on abundant invertebrates such as earthworms, crustaceans, and insects, along with a few very small species of mammals, fish, and other amphibians.

Under conditions we still don’t completely understand, western tiger salamanders may also undergo a very unusual metamorphosis. On rare occasions these amazing little creatures skip their transformation into a terrestrial form. They continue to develop into adults, yet retain the gills and the fin-like tail and their truly aquatic lifestyle. These rarer versions of salamanders are referred to as “axolotls” (an Aztec word meaning “water dogs”), or paedomorphs. Although a rare form in many salamanders, this particular species has been found as axolotls in many areas throughout the park.