When Yellowstone National Park was established in 1872, there was no precedent for how to manage and care for it. In fact, the National Park Service itself had not yet been created. During its first decade, the park was under serious threat from those who would exploit, rather than protect, its resources. Poachers killed animals. Souvenir hunters broke large pieces of the geysers and hot springs.  Developers set up camps for tourists near hot springs, along with bath and laundry facilities in the hot springs.

With little experience, funds, or manpower, Yellowstone National Park turned to the U.S. Army for help. In 1886, men from Company M, First United States Cavalry, Fort Custer, Montana Territory came to Yellowstone under the command of Captain Moses Harris. They began what would be 32 years of military presence in the park. The Army strengthened, posted, and enforced regulations in the park. Troops guarded the major attractions and evicted troublemakers, and cavalry patrolled the vast interior. They carried out duties much like Law Enforcement Rangers do today.

At first, the soldiers lived in temporary frame buildings at Camp Sheridan at the foot of the Mammoth Hot Springs Terraces. After enduring five cold, harsh winters, the Army realized there was no end in sight to this assignment. Therefore, in 1890, Congress appropriated $50,000 for a permanent post.

Fort Yellowstone as seen from Capitol Hill circa 1910. Photo courtesy of NPS

The first buildings of Fort Yellowstone, at the far end of the street from today’s Albright Visitor Center, were finished by late 1891. In 1910, at the height of the Army’s presence in Yellowstone, there were 324 soldiers here—plus some families and numerous civilian employees. These troops staffed Fort Yellowstone and the park’s outposts. From these outposts, the cavalry patrolled the park by horse in summer and on skis during the winter, stopping at patrol cabins along the way. Thirty-five structures remain today from time the US Army administered the park.

In 1916, when Congress created the National Park Service, the Army turned Fort Yellowstone over to the new agency. Local resistance made this transition difficult, and the Army returned in 1917. The park was fully under NPS control in 1918, and the Army departed. The fort has served the park well, both as administrative headquarters and as a constant reminder of the debt the nation owes the officers and enlisted men of the US Army for protecting and preserving Yellowstone National Park for future generations.

Here is a look back at the life and duties of soldiers stationed at Fort Yellowstone, as well as the fort itself. 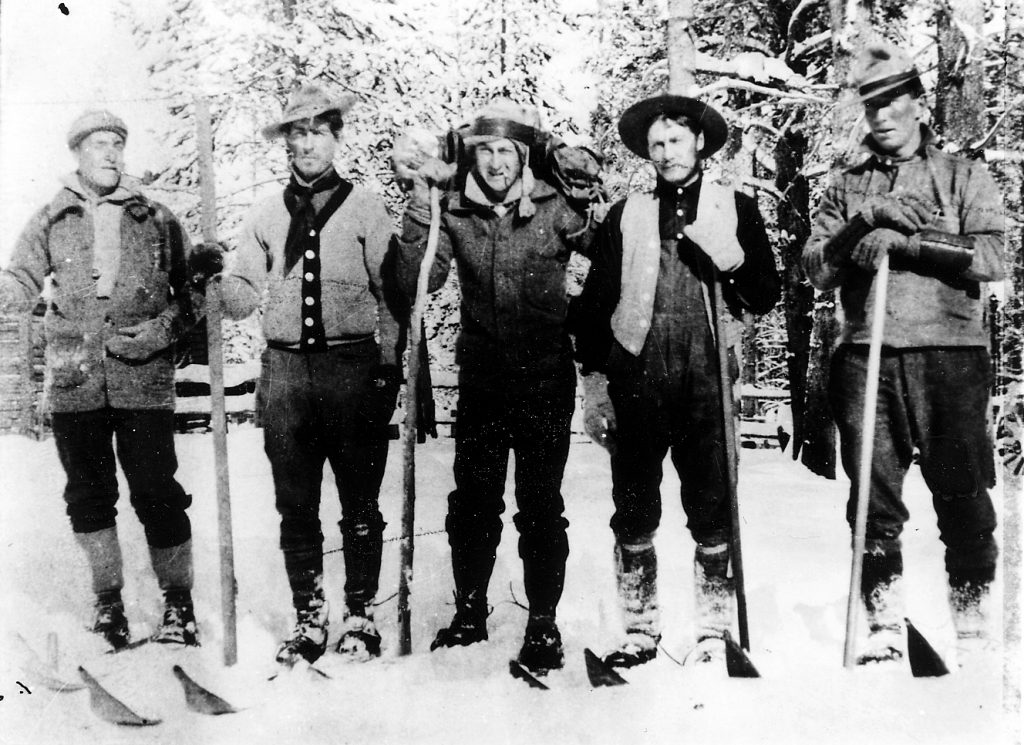 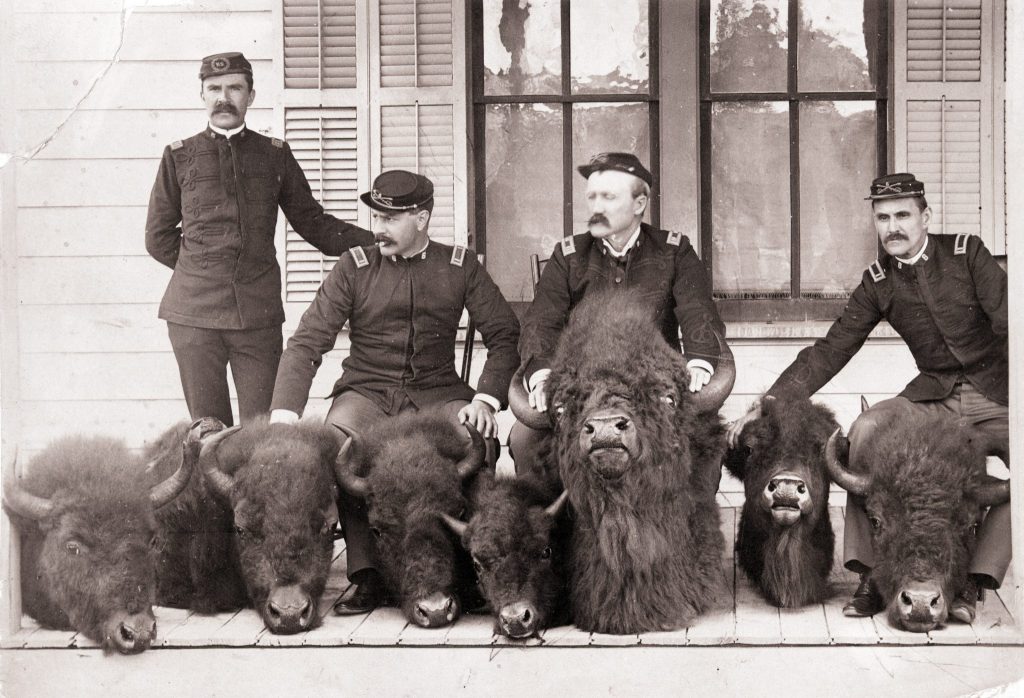 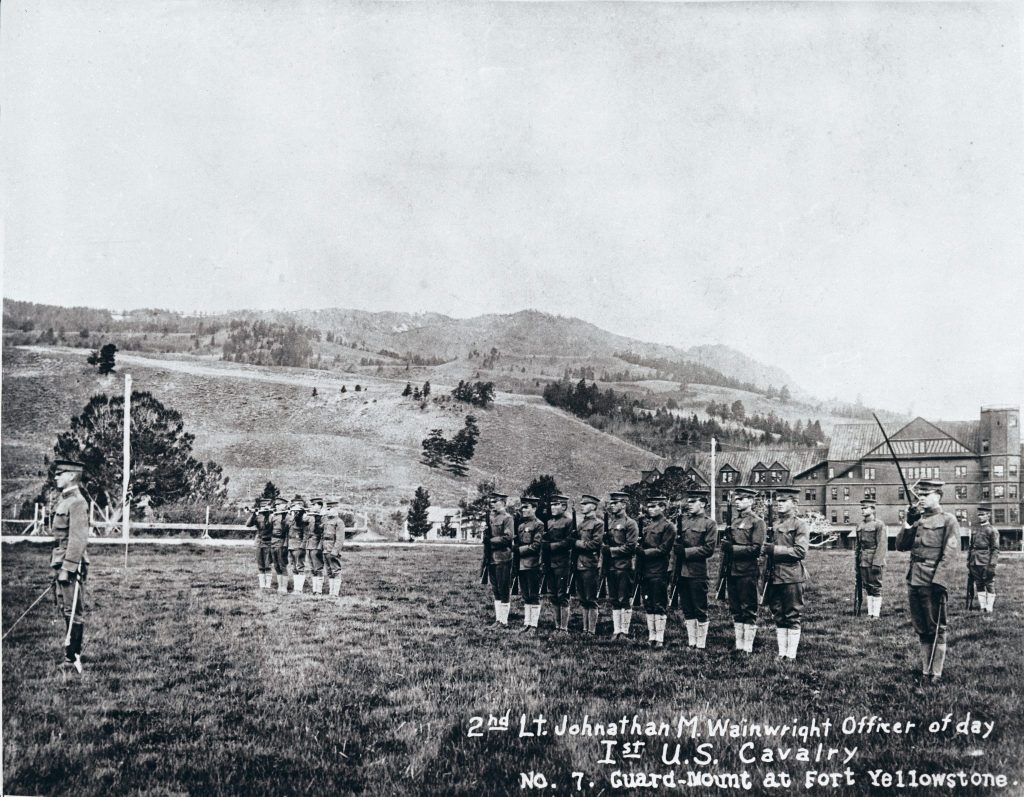 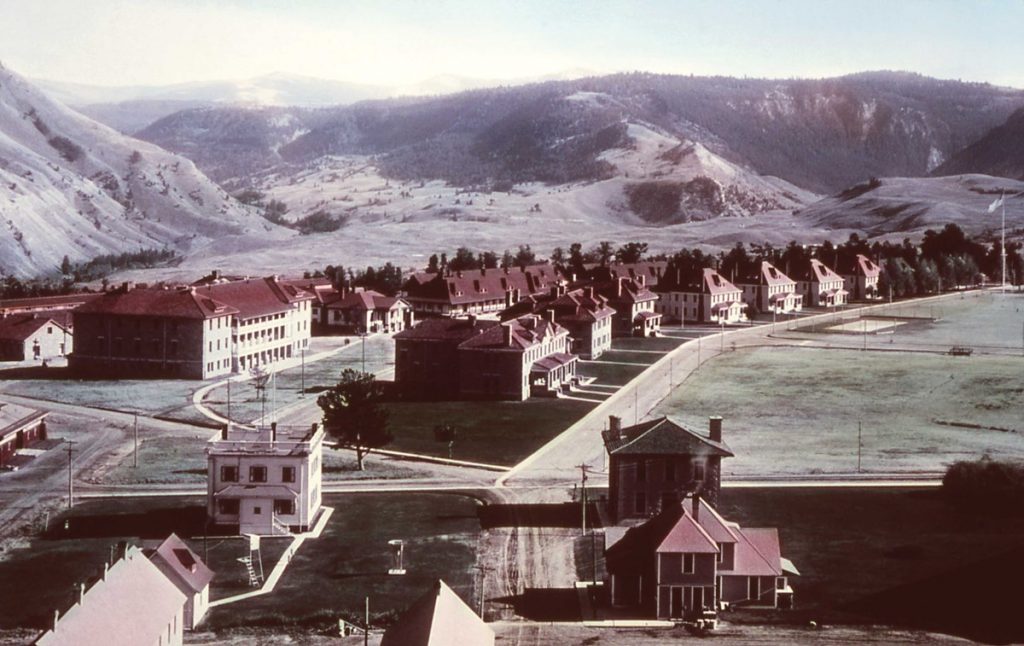 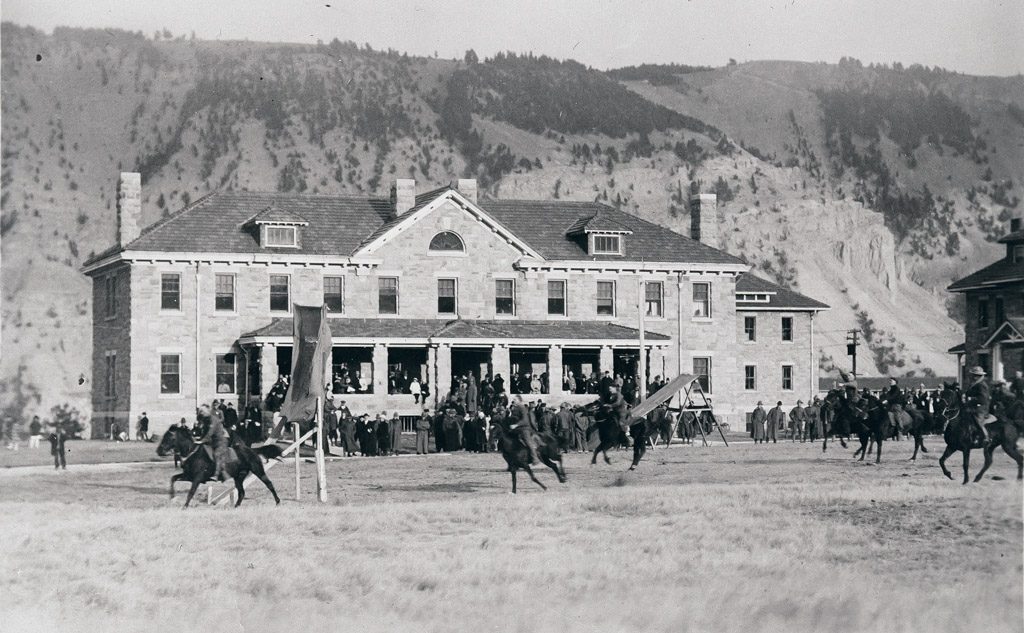 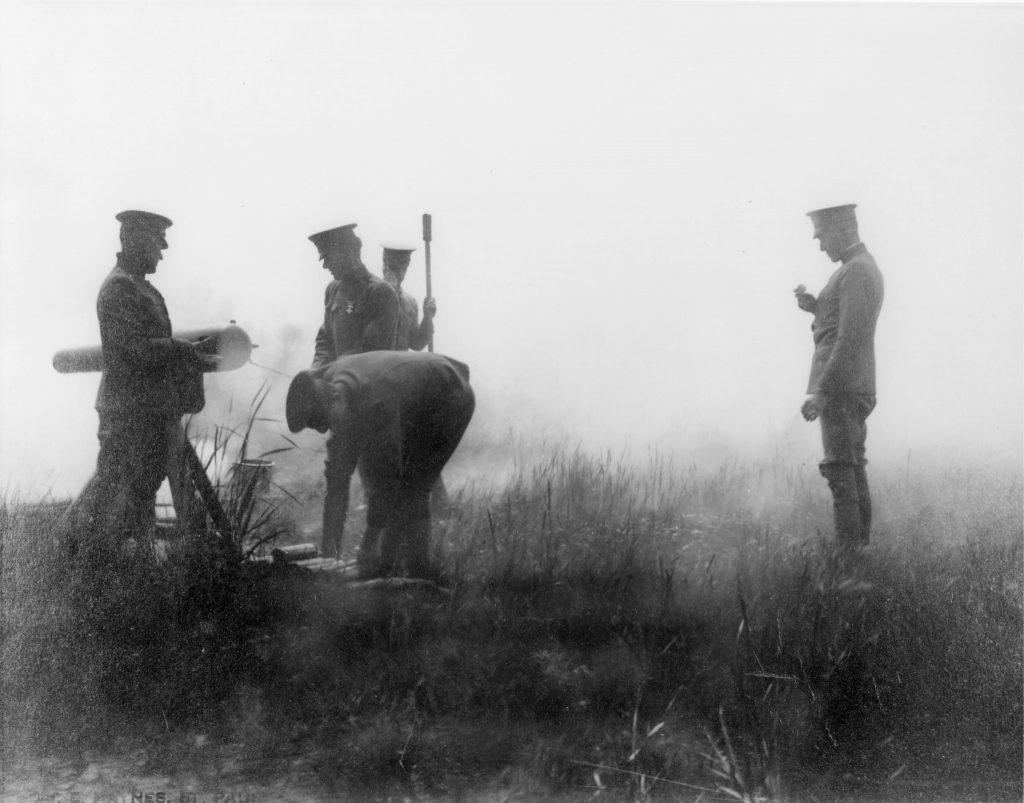 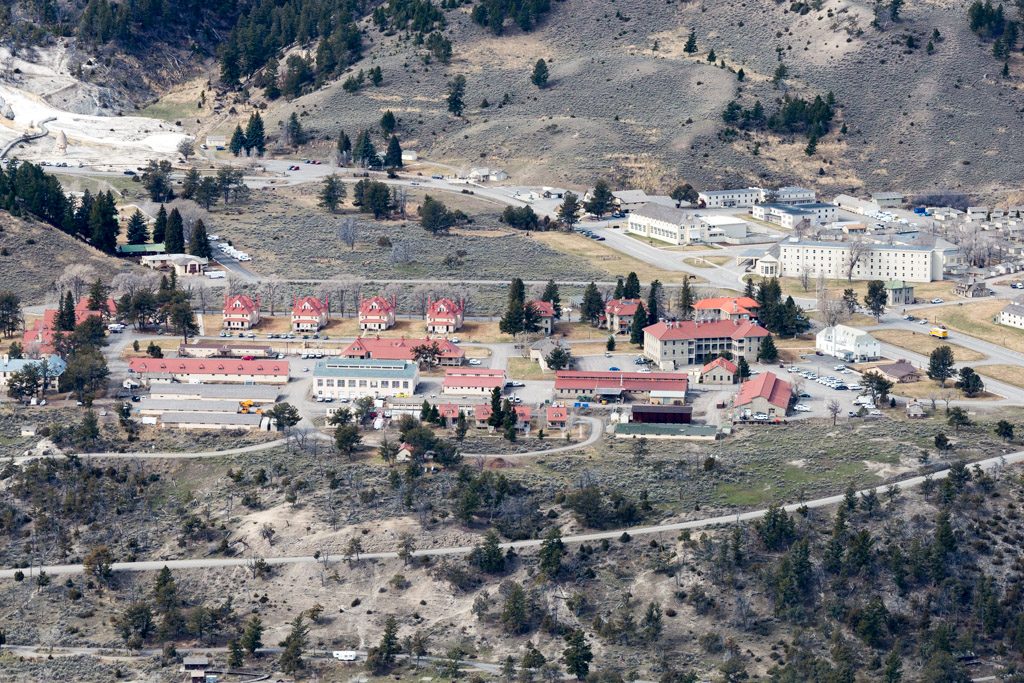 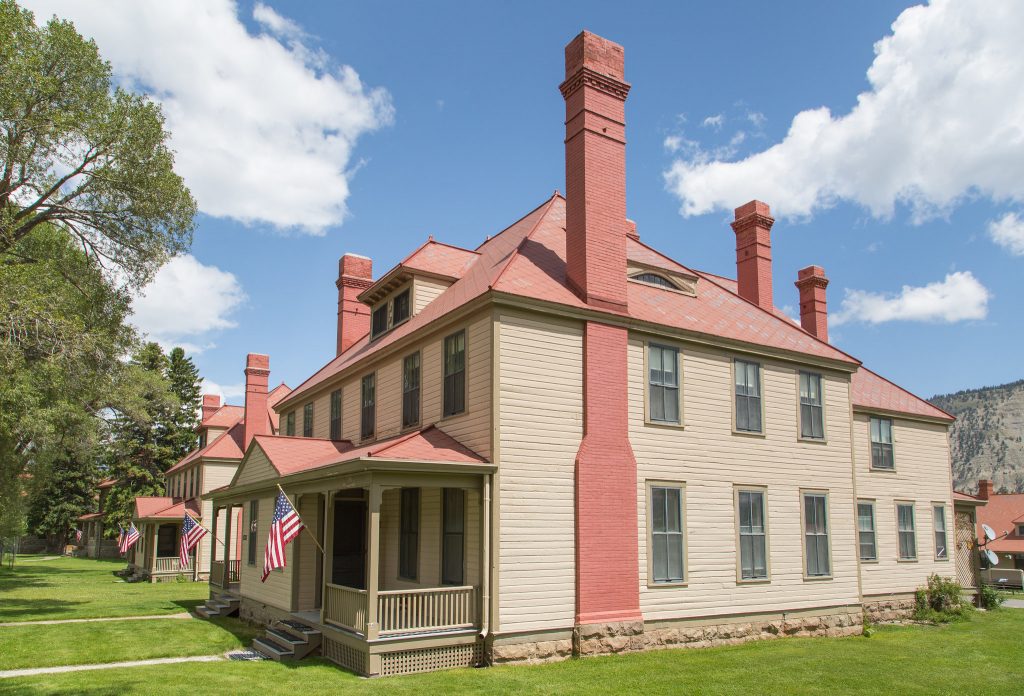 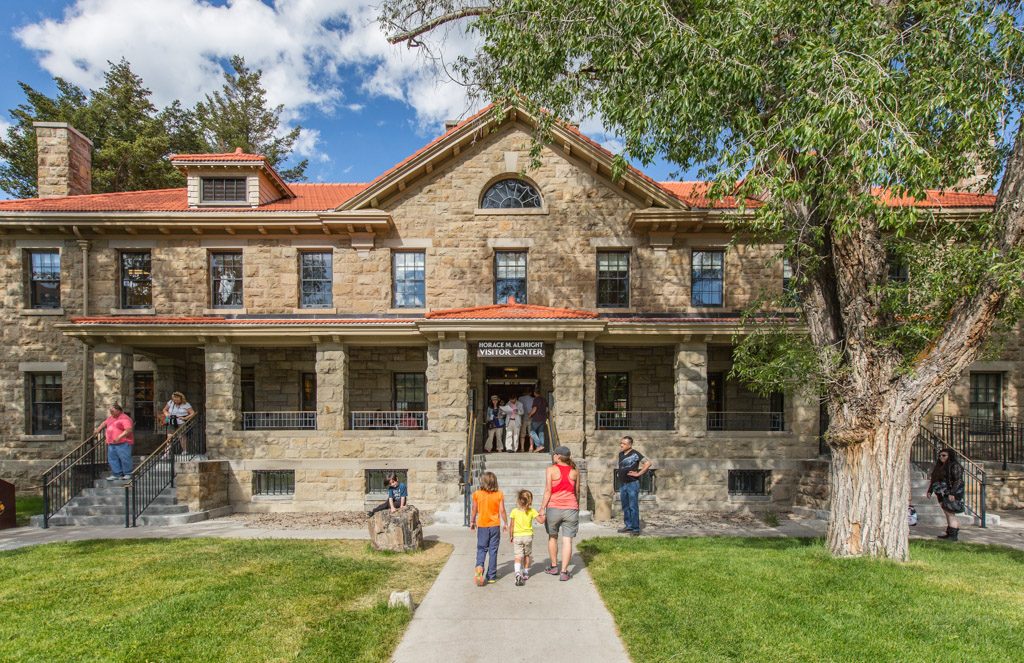