The world is beginning to slowly awaken, and not just because it is spring throughout most of the northern hemisphere. We’ve been hunkered down taking care of each other, Zooming with our friends and teachers, and staying home to give our brave front line healthcare workers a chance to fight this invisible enemy as we try to flatten the curve.

Yellowstone has faced its own set of unique challenges amid this global pandemic.

While the park is beginning to reopen, its two-month closure has had a ripple effect across more than just the 2.2 million acres that it occupies. From a reduction in visitor fees to the suspension of education programs — the effect has been complex and widespread.

But we are reminded, through this unstoppable and relentless ecosystem, that Yellowstone is more than a national park. It is a symbol of extraordinary ambition, renewal, and ultimate resiliency. 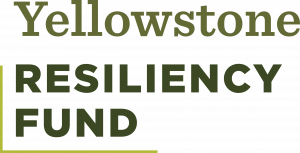 The Yellowstone Resiliency Fund was created to support the park while it faces a major budget shortfall which impacts all park operations.

Nature’s resiliency is rooted in its ability to adapt — and so must we. Yellowstone National Park is currently facing real challenges due to the coronavirus pandemic which impact all park operations including the important work of park rangers and long-standing research projects.

To address these immediate needs, we’re launching the Yellowstone Resiliency Fund. Click here to learn more and give now.

Thermus Aquaticus: From the hydrothermal pools to the frontline of the COVID-19 fight

Did you know that the key to the detection and containment of COVID-19 was discovered in Yellowstone? 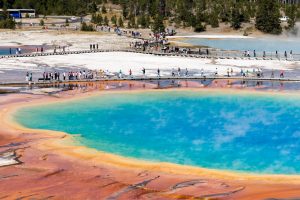 Thermopiles are found in geothermal features throughout the park, like the Grand Prismatic Spring.

It’s hard to talk about resilience in Yellowstone National Park and not discuss the hallmark thermal features that are a staple for millions of visitors each year. These uniquely Yellowstone features, including half of the world’s known geysers, were thought for years to be uninhabitable to life. But that all changed in the 1960s when a scientist named Dr. Thomas Brock discovered what we now call thermophiles, microscopic organisms that thrive in otherwise deadly conditions.

It almost sounds like a story straight out of science fiction. In fact, scientists today who are studying the evidence of life forms on other planets, use this research and observe Yellowstone’s hot spots for similarities in their discoveries.

Fast forward to present day, and you will find this heat-loving bacteria, Thermus Aquaticus, in the news at every turn. It produces the only known enzyme used in polymerase chain reaction testing, or PCR tests, the gold standard in the detection and containment of COVID-19.

Renewal from the ashes: The fires of 1988

The Fires of 1988 that burned 1.4 million acres in the Greater Yellowstone Ecosystem—including 793,880 acres of the national park—were the result of a perfect storm of environmental and human factors. You name it: whatever Mother Nature needed to create a large-scale fire event was present during that summer 30+ years ago.

Unusually high winds. Drought conditions. Heavy, dry, fuel accumulations. Low humidity at night. A higher-than-usual number of fires caused by lightning—39 fires compared to the average yearly total of 26—plus six fires caused by humans. Another five fires originated outside and burned into the park. With all these factors in play, it’s easy to see why it took what was at the time the largest fire-fighting effort in U.S. history to battle these blazes. Appropriately, the environment that created this inferno also put it out when snow blanketed the park during the second week of September.

“There was a lot of rhetoric about the park never being the same,” said Roy Renkin, who fought fires in Yellowstone in college before spending the last 40 years in the park as a vegetation management specialist. “But the people in the park who understood fire history had expectations about what would happen next.”

These folks knew that the positive results of fire in Yellowstone include opening up the serotinous cones of the lodgepole pines, allowing for new trees to grow. Plus, fire opens up forest canopies to allow new plant communities to flourish. The burn also released nutrients from fallen trees and dead vegetation, which increased the productivity of soil. 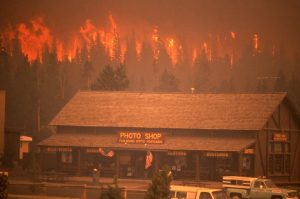 The fires of 1988 burned over 793,000 acres within Yellowstone National Park.

It was also noted the animals in the park were largely unaffected by the flames, and many—save the moose which prefers old growth forests—benefited after the fact. The burn created new feeding opportunities for birds and grazing animals as well as the species that prey on them.

In 1989, a then-record 2.7 million visitors flocked to Yellowstone to learn how the fire had affected the park, and learning more about the area’s ecology actually increased the public’s interest in the park.

Read more in our Spring 2018 issue of Yellowstone Quarterly.

Throughout the history of Yellowstone National Park, women have held important and storied roles in its preservation and perseverance. 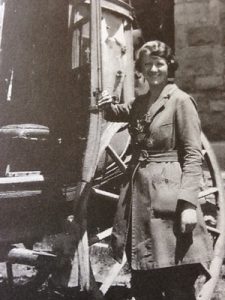 In 1925, Marguerite Lindsley became first full-time permanent female park ranger not only in Yellowstone, but in the National Park System. Lindsley had a unique childhood — she was actually born and raised in Yellowstone! Lindsley grew up in Mammoth where her father first worked for the Army and then as interim superintendent of the park.

Prior to becoming a full-time ranger Lindsley worked as a seasonal naturalist while completing her undergraduate studies at Montana State University. When she graduated with her master’s degree from the University of Pennsylvania, she was hired on full-time. As the first permanent female ranger, Lindsley faced adversity.

Not everyone felt that women should hold positions in the park. As Lindsley wrote, “many still think that women’s work should be inside and it is a problem sometimes to satisfy everyone even tho [sic] I may be qualified for the work in the field.”

Read more about Lindsley on the National Park Service blog.