What Lies Beneath the Snow

Have you ever spotted a weasel darting in and out of the snow in the middle of winter? Or a collection of “snow fleas” (springtails) on top of the snow in the spring? If so, then you’ve had a glimpse into a secret ecosystem that exists—under the snow. 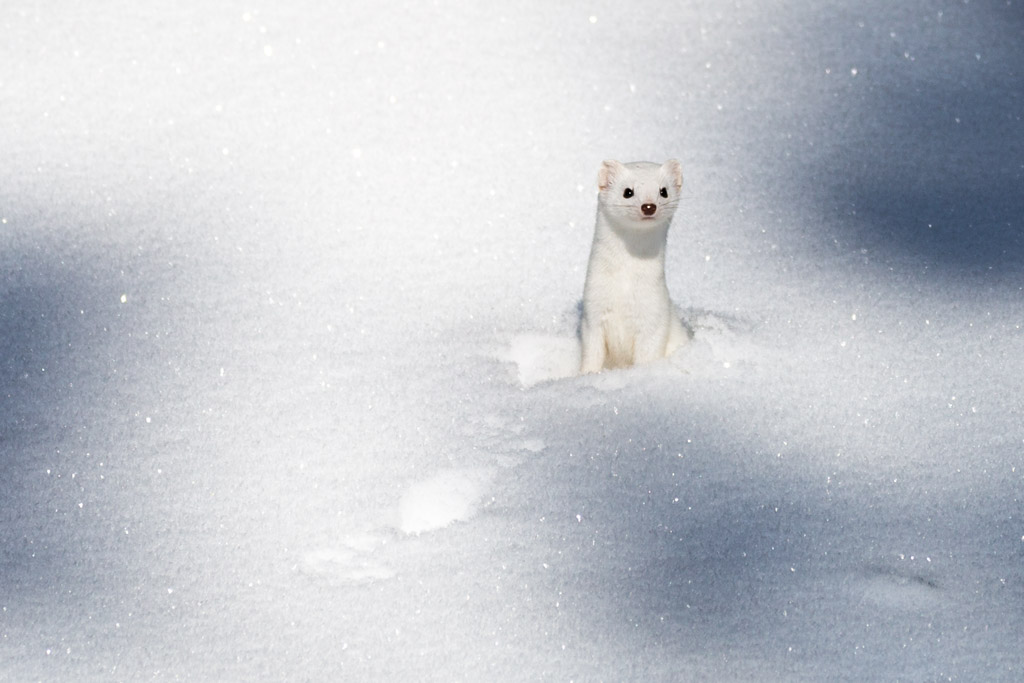 From November to April, snow covers much of the Yellowstone landscape, often persisting at higher elevations well into June. Yellowstone’s winter wonderland is a boon for visitors hoping to observe wolves, elk, bison, and other species in their winter habitat, or seeking to float across the winter landscape on skis, snowshoes, and over-snow vehicles. What at first seems a beautiful, yet barren, ocean of white is actually a huge thermal blanket protecting a fascinating ecosystem—the subnivean environment—that exists underneath the snow.

For Yellowstone’s wildlife, the bitter temperatures, wind, and snow accumulation during winter make surviving to spring difficult. Animals living above the snow must migrate (elk move to lower elevation), adapt (bison grow thicker fur), or change their behavior (grouse burrow into the snow to stay warm). Many other organisms—including microbes, fungi, algae, insects, and small mammals—depend on the subnivean environment to survive the coldest months. Under the snow, ground temperatures hover around 32 degrees, creating a protected winter landscape that maintains stable conditions relative to colder air temperatures above. This winter refuge protects plants and animals from freezing cold and wind, and forms the basis of a complex subnivean food web.

In this under-snow community, some small mammals— like voles, mice, and pika—feed on grasses and seeds they collected in the summer months or that they find under the snow. Others, like shrews, are predatory, chasing down insects. Winter active insects—including mites, spiders, springtails, beetles, flies, and wasps—in turn feed on fungi and algae. A teeming community of microbes helps plant communities survive until spring.

Halfpenny & Ozanne’s classic book Winter describes a matrix of conditions that affect the ability of plants and animals to survive in the subnivium. In the fall, as the daily temperature of the air falls below that of the ground, snow accumulates to a critical point—called the hiemal threshold—when there is enough snow to take refuge underneath. Before this time, many plants and animals may die if the weather becomes too harsh too quickly.

The relationship between snow thickness and density (how much water is in it) determines the thermal index:  a measurement that indicates just how well the snow insulates. The snow must be thick enough to protect animals below from the effects of the cold air. The deeper, lighter, and fluffier the snow is—like a good down sleeping bag—the more insulating it becomes, keeping the conditions under the snow relatively stable. Wetter, heavier snow is not only less insulating, but more difficult for animals to move through in search of food. The snow density and depth also affect the amount of gases like CO2 trapped beneath and the amount of light that penetrates—both conditions that affect subnivean life.

Just when resources are almost depleted at the end of winter, the rate at which the snow melts greatly affects the chances that an organism will make it to spring. Rapidly melting snowpack can result in flooding of small mammal burrows (hence the proliferation of foxes, coyotes, and wolves “mousing” pocket gophers in early spring), or snowpack that’s too dense to travel through to escape flooding. Heavy, wet snow, and ice that develops during freeze-thaw cycles can penetrate burrows or the roots of plants and prevent animal movement.

A REFUGE IN PERIL

Warming temperatures from climate change are causing significant changes to the snowpack in Yellowstone, and current research predicts a sobering future. There is less snowfall overall, fewer days of snow on the ground, and snow is melting faster in the spring. “This isn’t something that’s just going to happen in the future,” says Ann Rodman, the park’s climate science program coordinator. “This is happening now.” 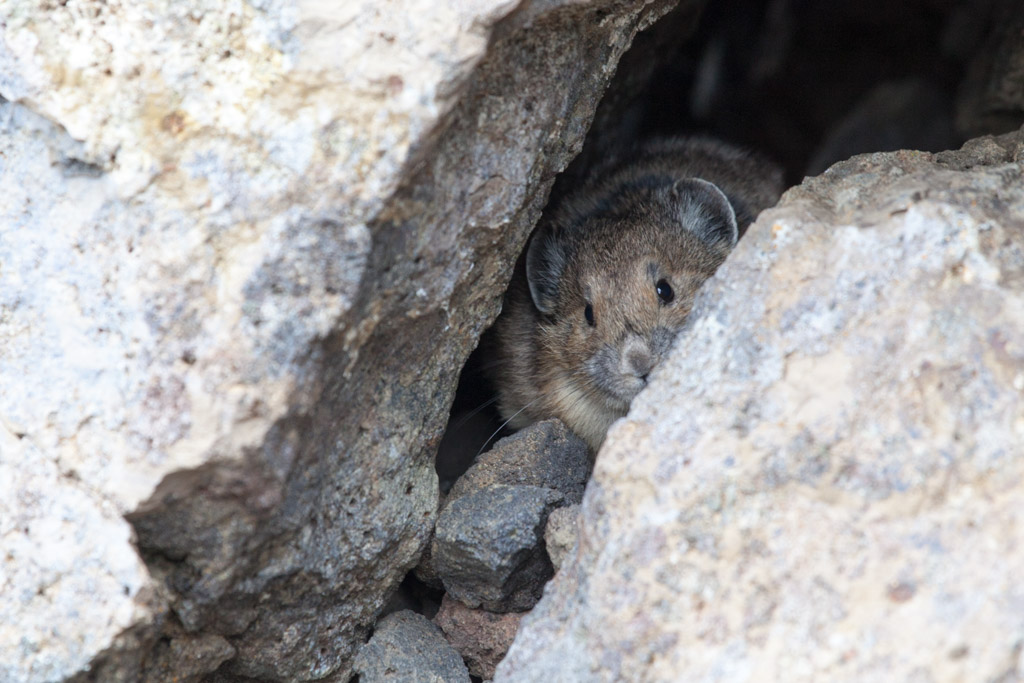 Changes to the depth, duration, and insulation of the snowpack mean changes to the quality of the subnivium as a seasonal refuge, causing in turn a ripple effect through the complex web of other animals—like coyote, fox, and badger—who rely on subnivean species for food in spring and summer. For species like pika—who may not be able to migrate or hibernate—changes in the subnivium can be catastrophic, particularly at the edge of their range where the snow is changing most rapidly. Yellowstone Forever is helping to fund a series of seven climate change sites in Yellowstone, where the subnivean environment is one of the things the park is monitoring.

The next time you’re in Yellowstone in the winter, imagine the hidden plants, animals, and insects underneath your skis or snowshoes. If you’re a participant in a Yellowstone Forever program, you may even be able to help the park with its climate research as a citizen scientist.