Today we are excited to announce a new partnership with Grand Teton Brewing. Proceeds from the sale of Old Faithful Ale will support priority projects in Yellowstone National Park.

Steve and Ellen Furbacher, co-owners of Grand Teton Brewing, have had a deep connection to conservation and public lands from an early age. They both credit their parents with passing down this important ethic of conservation.

Steve’s father, a Romanian immigrant, joined the newly formed Civilian Conservations Corps, a program born out of President Franklin Delano Roosevelt’s “New Deal”. The program sent millions of young men to work on environmental projects across the country that would eventually shape the modern national park system as we know it today. “My love and respect for national parks come from these roots,” Steve said.

Ellen’s father was a Chemistry teacher. For many years, he would receive a National Science Foundation grant and her family would travel to different places in the US for his summer school, camping in national parks and regional parks along the way.

Both Steve and Ellen remember the impact of their first trip to Yellowstone as youngsters with their parents in the summer of 1960. In fact, at the retelling of these stories, they realized they were probably in the park at the same time! They reminisced about the bears highly visible at the time, as well as their first views of Old Faithful and Fountain Paint Pots.

With that spirit in mind, Steve and Ellen decided it was imperative they bring their three children out west to experience the national parks and spark their own passion for conservation. In the summer of 2000, the Furbacher family flew from Houston to Jackson, WY, rented a Ford Expedition and took the family on a camping trip to Yellowstone and Grand Teton National Parks. They spent a week viewing all the sites in both parks, hiking the trails, and learning to fly fish. The trip was a resounding success! Later, Steve and Ellen purchased a second home in Alta, Wyoming, in order to ski in the winter and enjoy the parks in the summer.

But just living in beautiful Teton Valley wasn’t enough. In 2009, after Steve retired from the energy sector in Houston, they purchased Grand Teton Brewing in Victor, Idaho from Charlie Otto and his business partner. Opened in 1985, Charlie and his brother are credited with starting the first modern microbrewery in the region. Steve, Ellen, and their fantastic staff have been brewing beer in the community ever since. 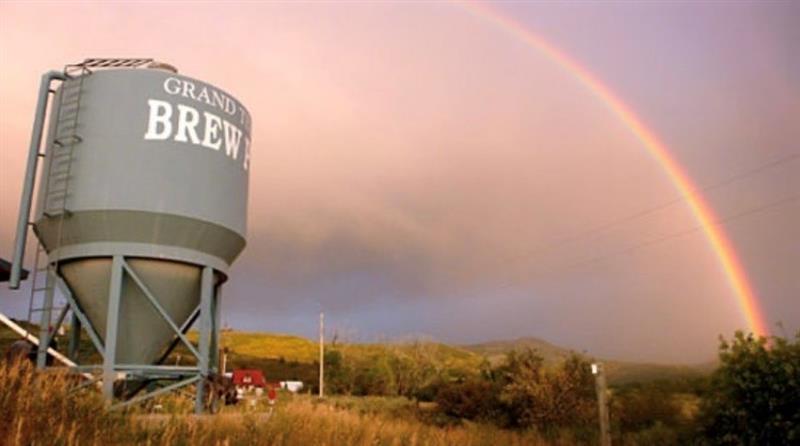 Both Steve and Ellen feel strongly about being key members of the Teton Valley community. Grand Teton Brewing has participated with several non-profit foundations in the area since 2009. They also have a Donations’ Committee composed of several employees who donate kegs of beer to non-profit fundraisers, in an effort to enhance life in the area.

Now, thanks to a new partnership, proceeds from the sale of Grand Teton Brewing’s Old Faithful Ale will be donated to Yellowstone Forever to support park projects. Old Faithful Ale, a crisp, pale golden ale, is one of the original beers developed by Charlie Otto and was inspired by the iconic landmark in Yellowstone.

In true Furbacher fashion though, just having a beer named after this special geyser wasn’t enough. They wanted to give back and bring awareness to one of our greatest American ideas and pay tribute to the heritage of the brewery and their own personal connection to national parks — protecting them for generations to come. 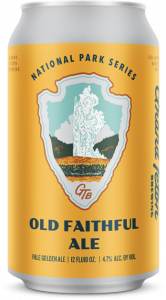 Steve reiterates their company’s values, “We operate here [in the Teton Valley] because we are allowed to. It’s not a right. And thus, we owe it to our community and the natural landscapes around us to give back as much as we can. It is because of this that people come here and support our brewery.”

From the humble beginnings of the Ottos to the generosity of the Furbachers, proceeds from the sale of Old Faithful Ale will be donated to Yellowstone Forever to support park projects for years to come.

Responsibly enjoy an Old Faithful Ale while giving back to Yellowstone. You can find them at major retailers in Grand Teton Brewing’s western market and at Delaware North and Xanterra locations throughout the park, including on the deck at the Old Faithful Inn.