If you are reading this in North America today, there’s a good chance bison once walked the land beneath you.

An estimated 30 to 60 million bison once roamed the North American landscape. East to the Shenandoah Mountains, south across the Rio Grande into Mexico, west to the Snake River of Idaho, and as far north as current-day Yellowknife in the Northwest Territories of Canada, just 250 miles from the Arctic Circle.

Bison shaped the land and were critical to native people’s way of life. The meat sustained them, the hides were used for clothing and shelter, the bones and horns for tools. Every part of the bison was put to functional use.

As settler-colonists began to populate the land historically inhabited by native people, they brought with them agricultural processes that changed the landscape. Disruptions like cattle-borne diseases and competition for grazing impacted native bison habitat. 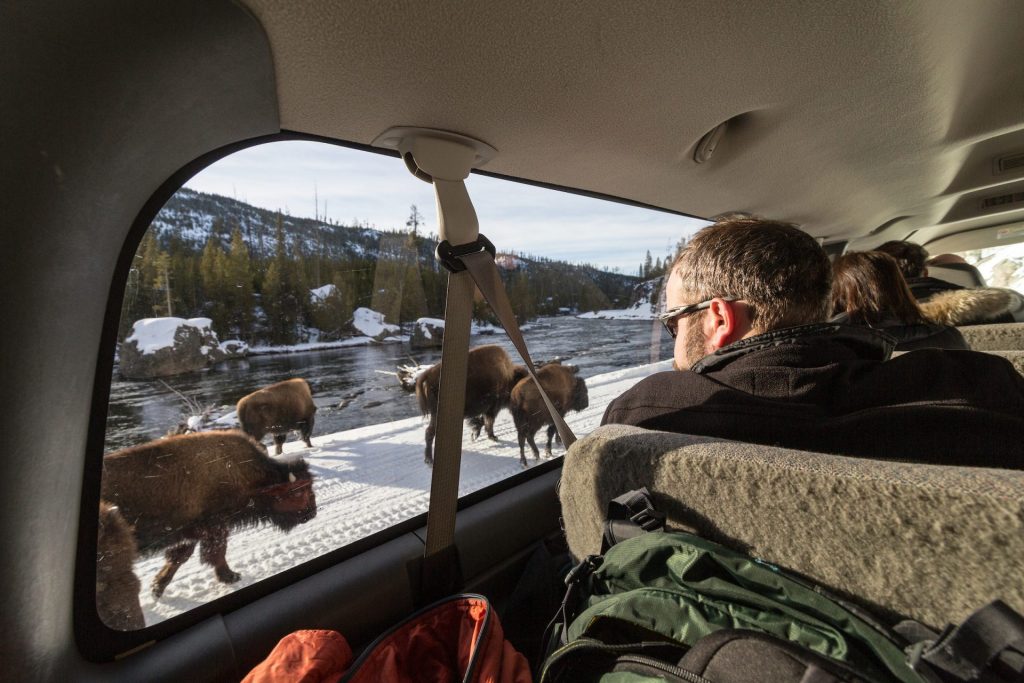 By the 1830s, the U.S. government and hunters began to kill off bison, the main food source for native people. By the end of the 1800s the majority of bison in North America had been killed, leaving a few hundred animals across the expanse of their native range, including about two dozen in the Pelican Valley of what is now Yellowstone National Park.

“In the blink of time, they were all gone. Of those left, 24 animals made their last stand here in Yellowstone,” said Chris Geremia, wildlife biologist and lead of the Bison Conservation and Transfer Program in Yellowstone National Park.

As difficult as it is to imagine bison roaming through what are now cities and towns across North America, it is almost as difficult to imagine the near elimination of these herds over a mere 100 years, and the impact that had on the people who relied on these animals.

Today, thanks to conservation efforts made by the National Park Service, state and federal agencies, and tribal entities, bison have made a comeback on the Yellowstone landscape. But even now— despite the progress made over the past century—Yellowstone bison are being slaughtered.

Today, close to 5,000 bison call Yellowstone home, but that number has ebbed over time.

When the park took the first step to recover the bison population in the park in the early 1900s, they limited growth of the herds through culling—selectively reducing the population through slaughter. But in 1968 a moratorium on culling resulted in the rapid growth of population, from 500 animals in 1970 to 3,000 in 1990.

As the population grew, bison did what they were born to do: move and shape the land. They eventually started exiting the park. While the entirety of the Greater Yellowstone Ecosystem is historic habitat of bison, modern factors make this migration complicated. 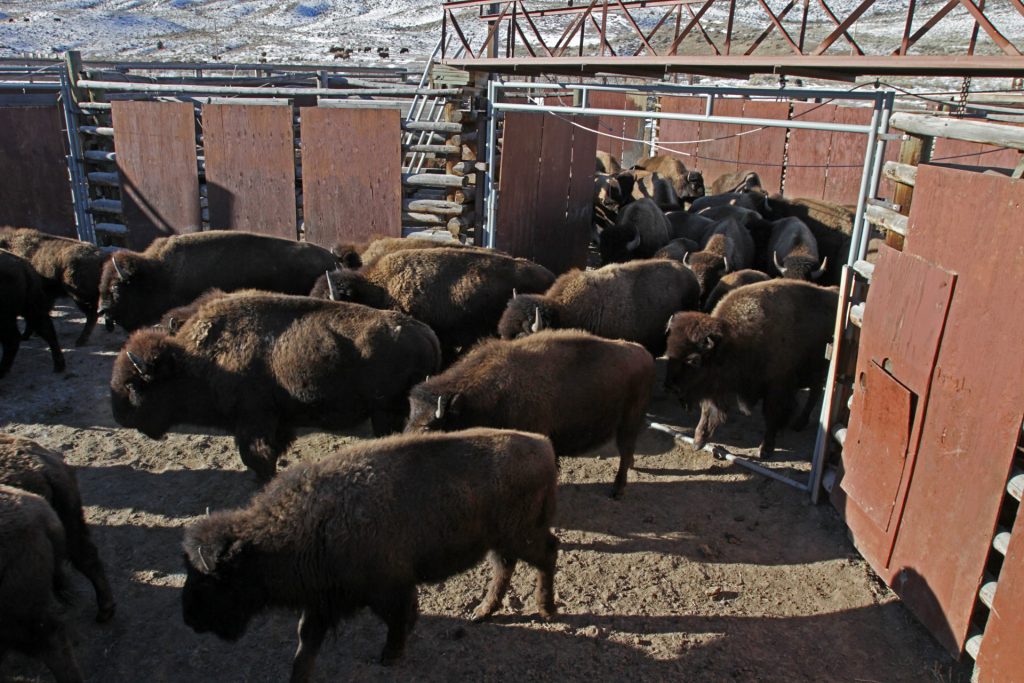 Bison in the sorting corrals at a quarantine facility. NPS/Jim Peaco

Many homeowners now reside in the land surrounding the park boundaries, making free-range wild bison a difficult prospect. On top of that, some Yellowstone bison carry brucellosis, a nonnative disease that causes pregnant cows to abort their calves. While there have been no documented cases of bison transmitting brucellosis to cattle, ranchers and the livestock industry remain concerned about this possibility.

“We drew a box, we said bison can’t move much beyond the park. When animals moved down and exited the park, we rounded them up and mostly sent them to slaughter,” Geremia said.

For wildlife biologists and conservationists like Geremia, this was incredibly difficult. But it bought them time to come up with a better plan—the Bison Conservation and Transfer Program.

Yellowstone National Park’s Bison Conservation and Transfer Program is a significant step in realizing a future where wild bison are saved from slaughter and returned to their historic range on tribal land.

Beginning in 2018, some bison that exit the park have been rounded up and placed in a quarantine facility. Through a rigorous process of quarantining and testing that takes up to three years, the park is able to identify animals as brucellosis-free, allowing them to be transferred outside the park to tribal lands. 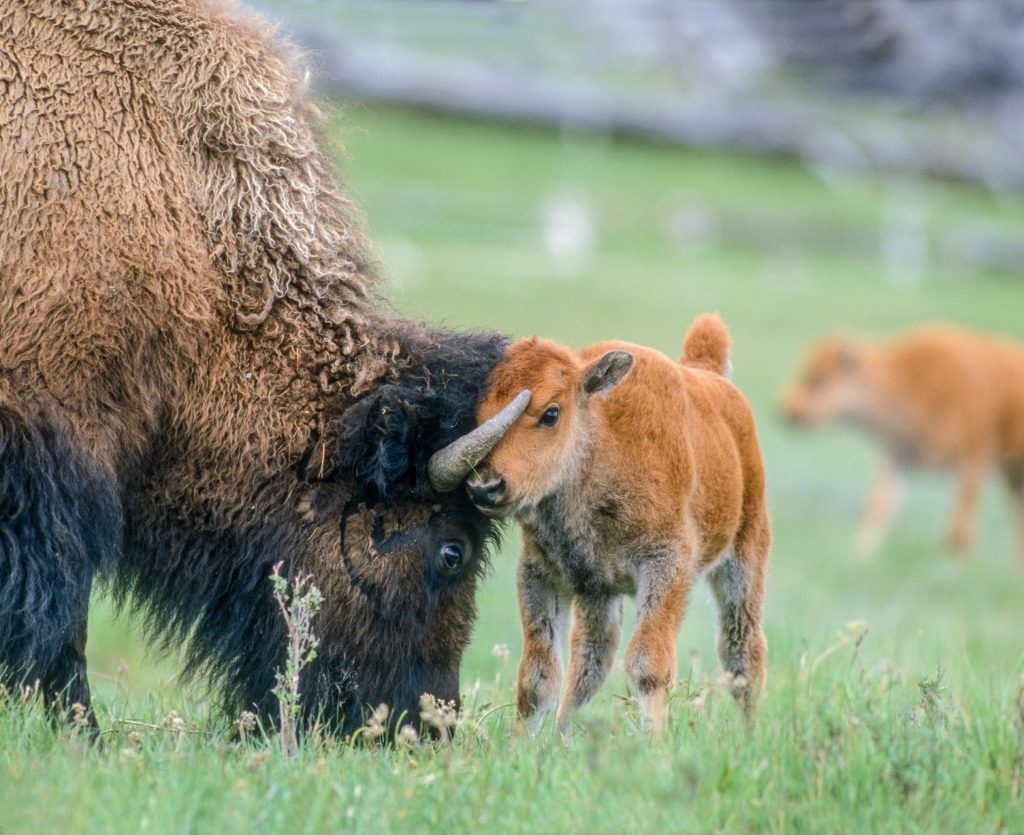 Since the start of the program, 154 Yellowstone bison have been transferred back to 16 tribes.

“To date, what we’ve accomplished I would say has been groundbreaking,” Geremia said. “I think others would say it’s been life-changing.”

The first stop for transferred bison is the Fort Peck Reservation in eastern Montana. From there, after additional quarantine and testing, the InterTribal Buffalo Council transfers them to other tribal lands. Geremia said it doesn’t matter what time of day or what time of year the bison arrive at Fort Peck, members of the tribe are waiting there to welcome them.

But despite this large step forward in an effort to return bison to native land and save them from slaughter, Geremia feels like what has been done so far is mainly symbolic. Despite the 154 successful transfers, another 1,500 animals have gone to slaughter. And that’s mainly because this program takes a lot of space, and a lot of time.

The park is partnering with Yellowstone Forever and the Greater Yellowstone Coalition to help fund the expansion of this program. In part through fundraising efforts by these groups, the park will be able to build additional quarantine facilities and increase the number of bison they are able to transfer to tribes. And in turn, this will decrease the number of bison sent to slaughter.

“We have the chance, in the next five years, to prevent 460 bison from going to slaughter and move 530 bison to tribes,” Geremia said.

Yellowstone Forever’s members have already begun to step up and support this priority project, but there’s still more to do.

“The Yellowstone Bison is America’s Mammal. There is nowhere else in the world where you can see wild bison in such large numbers living like they were meant to,” said Yellowstone Forever’s Chief Development Officer, J.D. Davis. “If we have the opportunity to ensure that more bison are able to remain wild, we have to make sure that happens.”

“We’ve got to make progress even if it’s slow,” he said. “We’re starting to pick up the pace. But that’s got to be done in concert with our partners.”

Sholly said that consigning bison to slaughter simply because they transcend the Yellowstone boundary must change.

“That’s a paradigm that cannot work for the future. It’ll take some time to change it, but it’s got to happen.”

To learn more about the Bison Conservation and Transfer Program and how you can help, visit Yellowstone.org/bison-conservation.