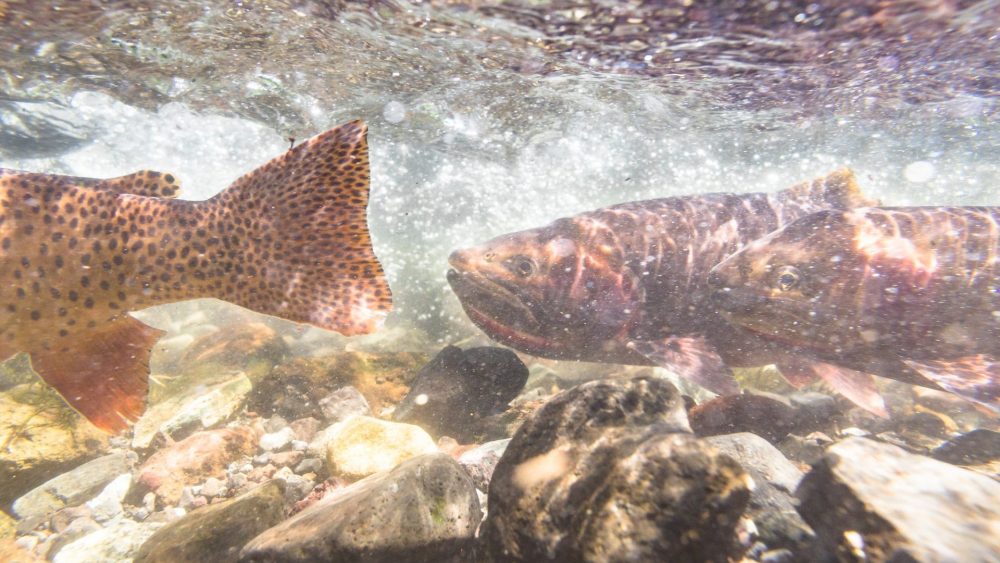 Cutthroat trout continue to rebound thanks to Yellowstone Forever’s members

Yellowstone’s Native Fish Conservation Program made exciting progress in their work to remove invasive lake trout from the park’s ecosystem, allowing native cutthroat trout to return in greater numbers. Biologists are once again seeing Yellowstone cutthroat trout in Yellowstone Lake’s streams and tributaries and have documented grizzly bears feeding on the protein-rich food source in the spring. 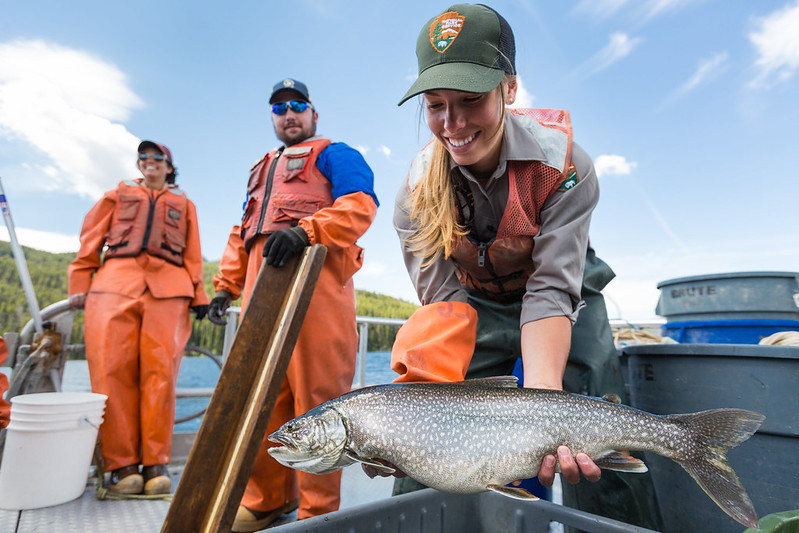 Lake trout caught by the crew of the NPS Hammerhead. NPS/Neal Herbert.

This progress is exciting, but the work is not done.

Wreaking havoc on the ecosystem

Lake trout are not native to the Yellowstone ecosystem, but were first detected in 1994 in the West Thumb region of Yellowstone Lake. Lake trout are native only to northern North America, from Alaska to Nova Scotia, and throughout the Great Lakes. How they got to Yellowstone National Park is unclear, but when they did arrive they wreaked havoc on the ecosystem. 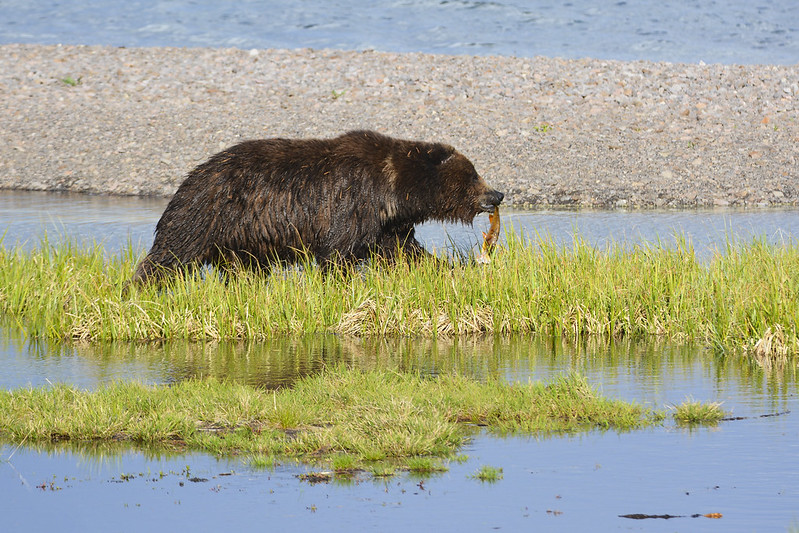 As lake trout began to eradicate the cutthroat trout population, they threatened the survival not only of that species but also the many species that depend on it, including grizzly bears, osprey, otters and bald eagles.

One might ask why those species don’t eat lake trout instead. Most predators can’t catch lake trout as a substitute for the cutthroat because the lake trout live in deep water and are quite large. Because of this, lake trout have no natural predators in the park’s ecosystem, and can potentially live to their 30s and 40s in Yellowstone Lake if they are not removed.

Closer than ever to the next step in species management

In 2020, in addition to successfully removing 326,000 nonnative lake trout from Yellowstone Lake, the park continued a new tactic to eradicate lake trout. Biologists and fishermen deposited 33,000 pounds of soy/wheat pellets on lake trout spawning sites. These pellets kill lake trout in their embryo stage, thus decreasing the number of invasive fish that reach a mature age. Through these combined efforts, there has been a 79% decrease in mature lake trout in Yellowstone Lake since 2012. 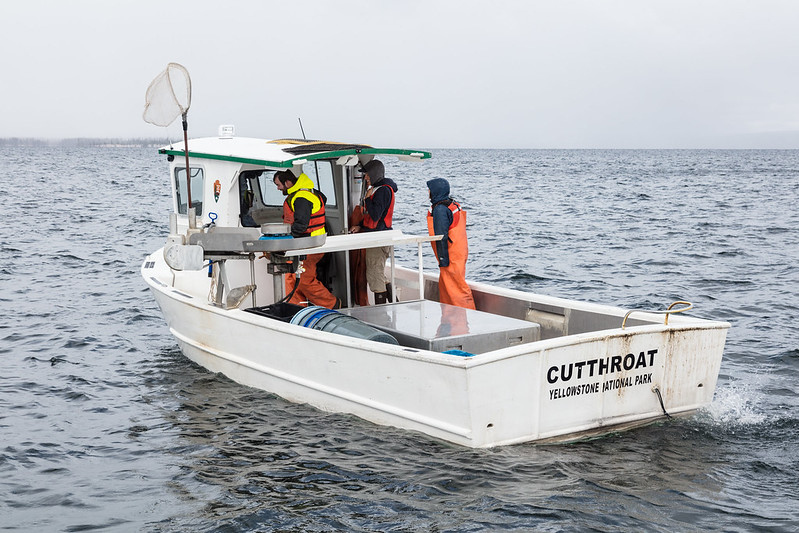 While the park needs about $2 million a year to suppress lake trout, biologists believe we are close to being able to manage this effort with fewer resources once there is a “crash” in lake trout reproduction and populations. This could happen within the next three years. But in order to reach that goal, Yellowstone National Park continues to rely on donations from Yellowstone Forever’s members and partners.

Learn more about how you can support the Yellowstone Native Fish Conservation Program.