Guess who’s celebrating a birthday? Yellowstone National Park turns 148 years old today. Yellowstone was established as the world’s first national park by an act of Congress and signed into law on March 1, 1872, by President Ulysses S. Grant. In honor of this special day, here’s a brief look back at Yellowstone’s beginning.

In the early 1800s, European American trappers brought back stories from the west of a place where the earth hissed and bubbled, where multi-colored hot springs and spouting geysers filled the landscape. These reports were largely dismissed as delusions or tall tales until formal expeditions commenced in 1869. Resulting descriptions of the hydrothermal features, along with huge waterfalls, canyons, and herds of wildlife, fueled curiosity in Washington, DC. Further proof in the form of Thomas Moran’s artwork and William H. Jackson’s photographs from the Hayden Expedition of 1871 are said to have helped convince Congress that the Yellowstone landscape was exceptionally beautiful and valuable.

Yellowstone National Park was named for one of its most prominent features: the Yellowstone River, reportedly called “Mi tse a-da-zi” by the Minnetaree tribe, which translates to “Rock Yellow River.” Canadian trappers translated the name into French as “Roche Jaune,” which eventually appeared on maps in English as “Yellow Stone,” and explorers began referring to the entire region as Yellowstone.

The park’s early promoters envisioned Yellowstone National Park would exist at no expense to the government. This didn’t work out so well when the first, unpaid superintendent did not have any funds to protect park wildlife and other resources. Poachers, vandals, and squatters ran rampant in the newly formed park. Congress appropriated funds to protect it in 1878, but efforts to safeguard the park were largely unsuccessful until the U.S. Army took charge in 1886. The National Park Service was later formed in 1916. 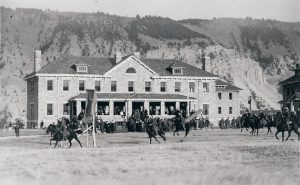 The Yellowstone boundaries we are familiar with today differ from the straight, rectangular-shaped boundaries in place when the park was established. In 1929, President Hoover signed a bill changing the borders to better conform to natural land and water features. Three years later, Hoover issued an executive order adding around 7,000 acres above the original north boundary near Gardiner, Montana, to provide winter range for ungulates.

In retrospect, setting aside Yellowstone for preservation was a brilliant move. The protection afforded by its national park status has prevented the 2.2-million-acre wilderness from falling victim to development and the human-caused loss of geysers and large-mammal habitat. The park’s establishment also led to a lasting concept—the national park idea.

Today, Yellowstone is one of the largest nearly intact temperate-zone ecosystems on Earth, and preserves a collection of more than 10,000 hydrothermal features—more than the rest of the world combined. It is home to the largest concentration of wildlife in the lower 48 states, and is the only place in the U.S. where bison have lived continuously since prehistoric times. 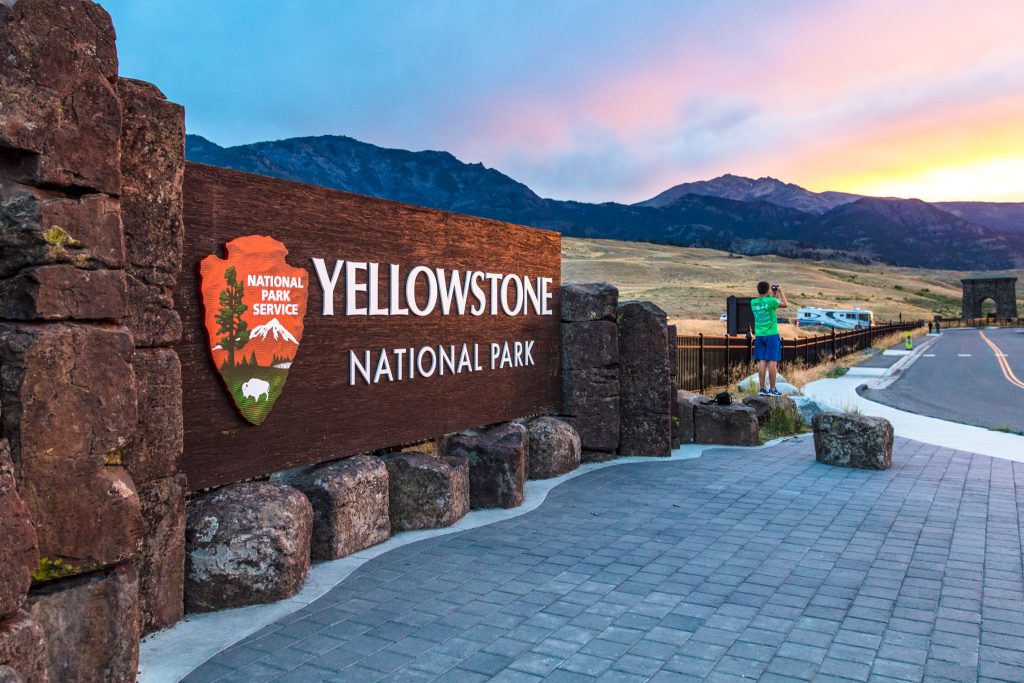 Countless individuals have contributed to the preservation of Yellowstone over the years, and thousands continue to play a role in its stewardship. Yellowstone Forever—the park’s official education and fundraising nonprofit partner—provides opportunities for volunteerism and educational programming, and is building a network of supporters dedicated to preserving the park.

We are so grateful to our supporters who are helping to care for Yellowstone and preserve it for future generations. Not already a supporter? Find out how to join.

Check out our multi-media Modern Timeline of Yellowstone National Park to learn more about the history of the park.