Restoring a Ghost in Gardiner, Montana

In 1903, early visitors to Yellowstone National Park arrived by train to Gardiner, MT. As these visitors disembarked from the train and set foot into the gateway to “Wonderland”, their eyes were immediately drawn to two sights: the iconic Roosevelt Arch, and the adjacent sign on the W.A. Hall store reading, “W.A. Hall Sells Everything” in large white letters. The W.A. Hall (William Alexander Hall) store was a routine stop for park visitors to gather supplies for the trip ahead. Hall literally did sell everything including groceries, dry goods, hardware, furniture, clothing, and more. The building also served as the post office and a drugstore for many years. There was even a dance hall upstairs. The industrious entrepreneur provided tourists and locals with everything they might need for life and travel at the turn of the century. 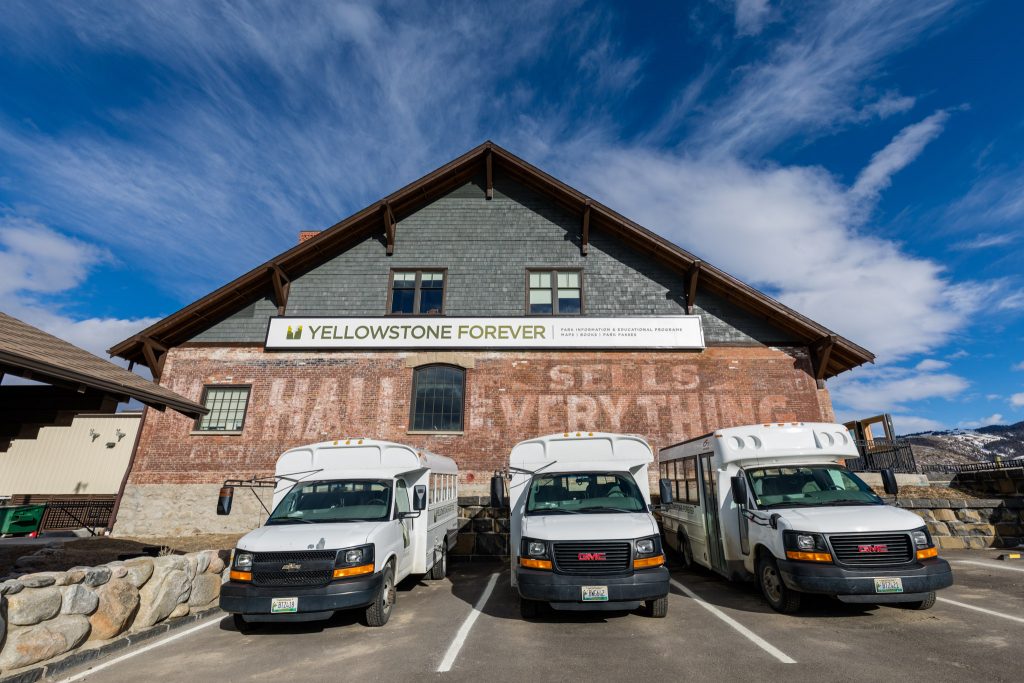 Not surprisingly, the W.A. Hall sign on the western wall of the building, which serves as the main office and a retail store for Yellowstone Forever, began to fade considerably. The faint “ghost sign”, which invokes the mood and feel of the early days at Yellowstone’s north entrance, is itself an important piece of the park’s history. In an effort to preserve this unique landmark, Yellowstone Forever secured a grant from the Montana Department of Commerce: Office of Tourism and Business Development to restore the sign and thus maintain the historical integrity of one of America’s most iconic scenery backdrops.

The W.A. Hall store officially closed in 1955 and changed hands a couple of times since. In 2008, the Yellowstone Association (now Yellowstone Forever) purchased the building and began renovations that have maintained it’s character while also contributing to the overall character of Gardiner and the surrounding landscapes. This sign restoration effort was the final item on our list to preserve the W.A. Hall building as close to the original design as possible. 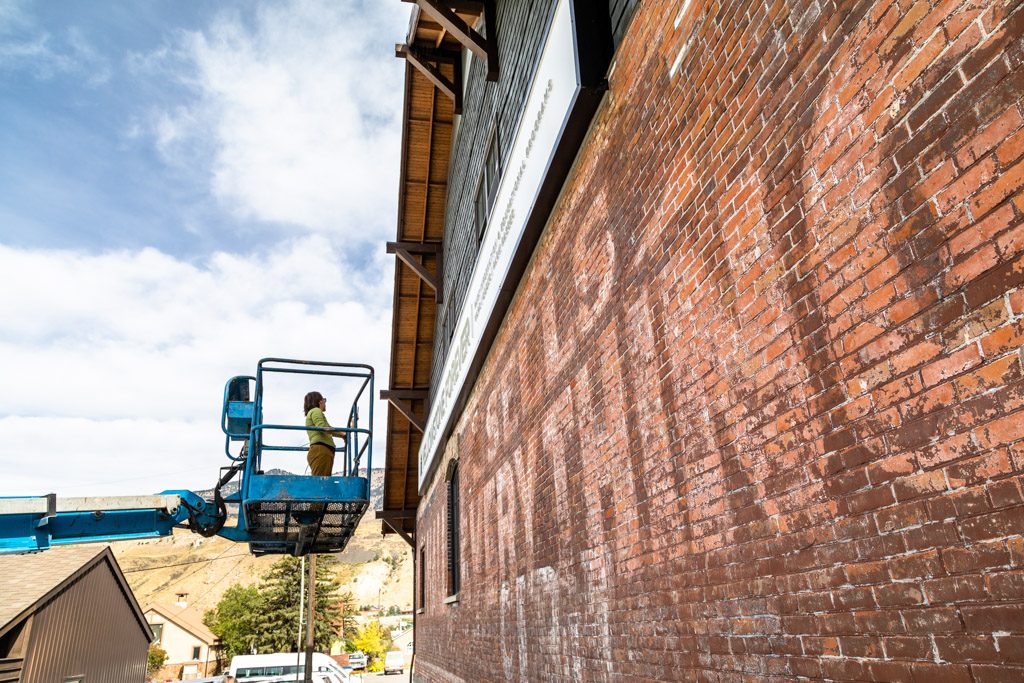 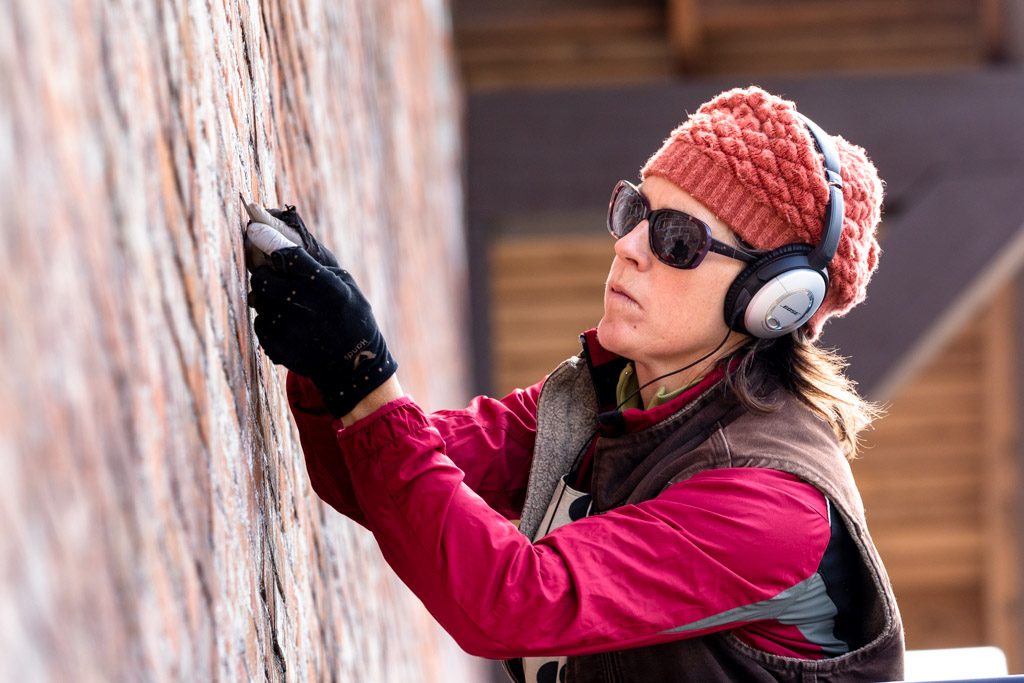 The ghost sign rehabilitation process was led by painter-conservator Deborah Uhl. To restore the sign, Uhl first cleaned the masonry substrate to determine which paints were used in the signs’ 1903 creation. She then used specialized products to structurally stabilize both the components of the paint and masonry, softening the flaking paint to cause it to lay back into the brick surface. The effort has successfully maintained the “aged” look of the sign while enhancing the intensity of the design and increasing the sign’s legibility.

As National Park Service historian, Michael Auer, puts it: “Historic signs give continuity to public spaces, becoming part of community memory. They sometimes become landmarks themselves, almost without regard for the building to which they are attached, or the property on which they stand.” 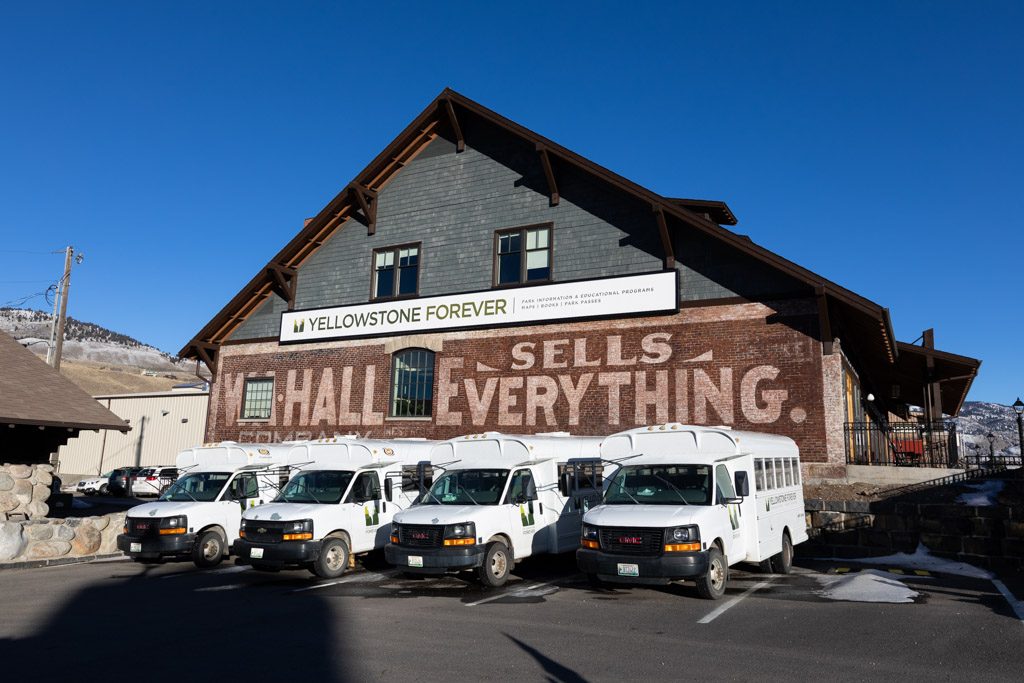 If you are traveling to or through the park’s north entrance, be sure to stop by and take a look at the building’s facade before embarking on your journey into Yellowstone. You’ll get a glimpse of what early visitors saw upon arrival to the world’s first national park. While you are at it, we do encourage you to come inside our retail store! Beyond educational books, clothing, collectibles, maps, and more, our friendly and knowledgeable staff are there to answer any of your park questions. The store is open 7 days a week year-round – from 8AM to 8PM during the summer season and 8AM to 5PM the rest of the year.

Here is a look back through historic images of the W.A. Hall building and its transformation over the years. 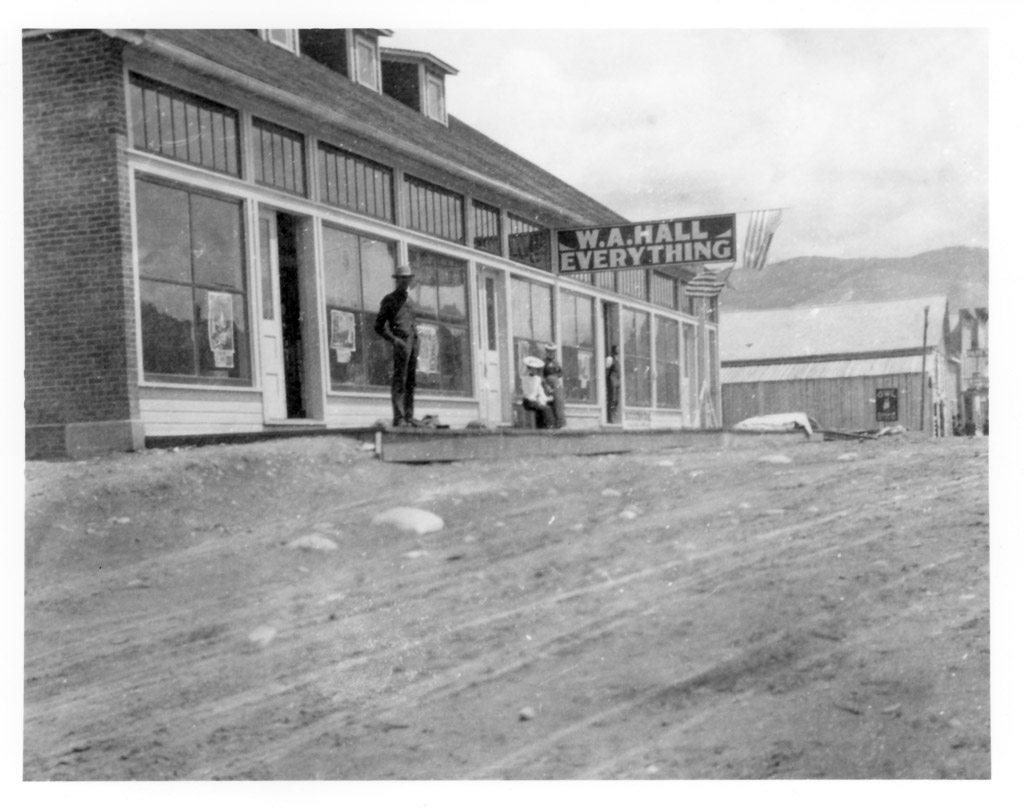 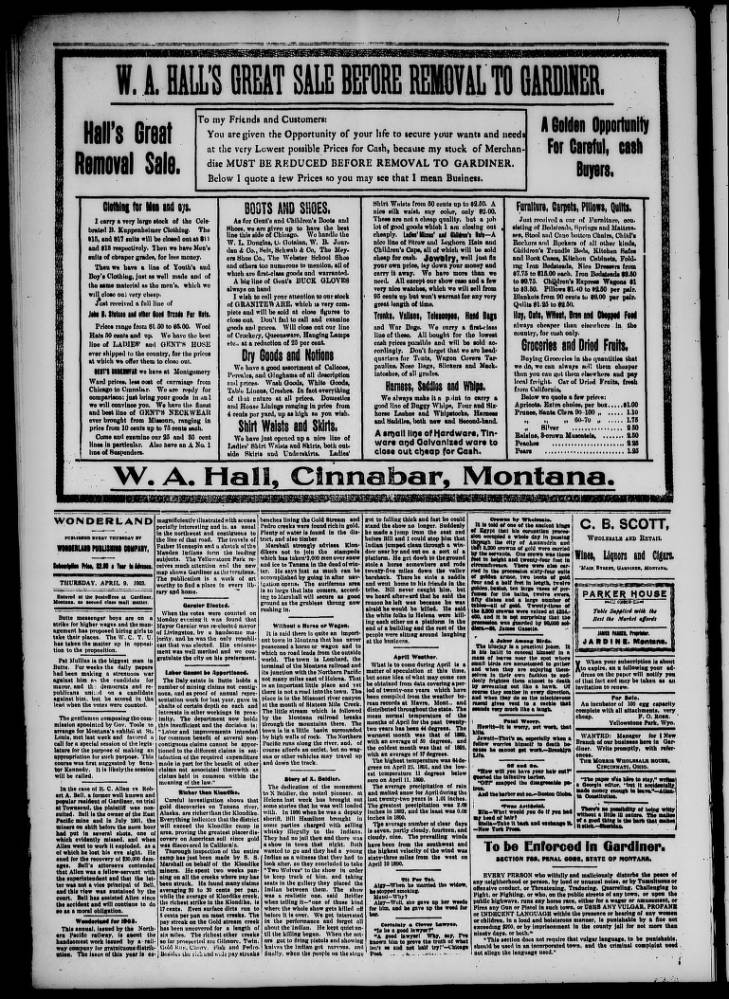 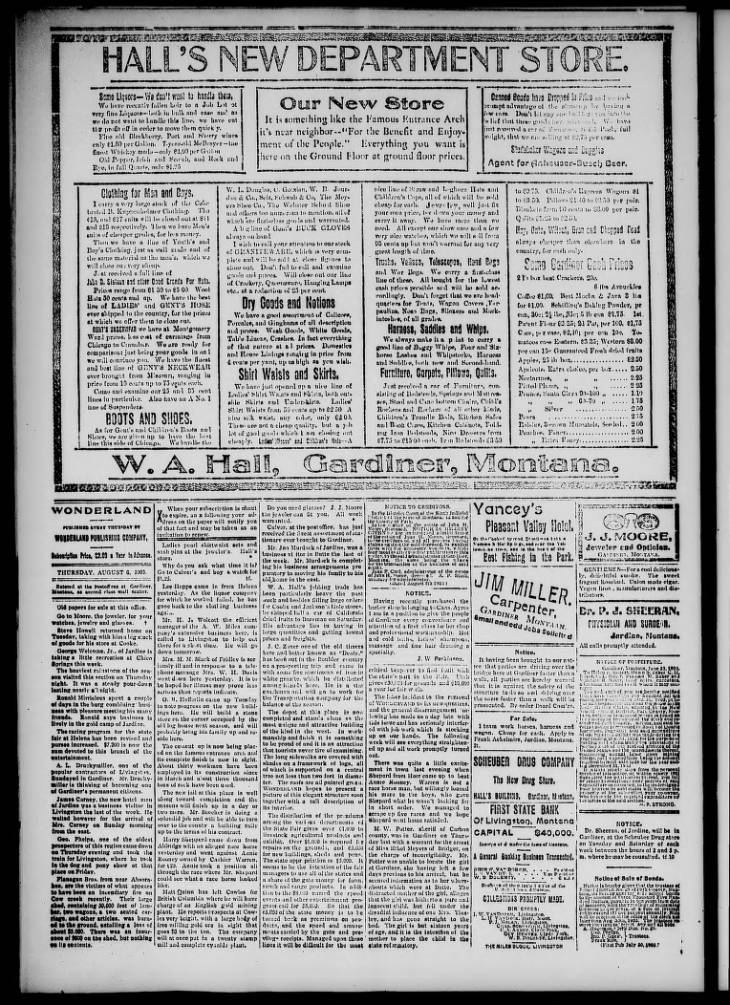 Advertisements in the April 9, 1903 edition of the Gardiner “Wonderland” newspaper. The page on the left announces a big sale of items before Hall moved the store from Cinnabar (3 miles northwest) to Gardiner. The move preceded (by two weeks) the laying of the cornerstone of the Roosevelt Arch ceremony with President Theodore Roosevelt doing the honors. 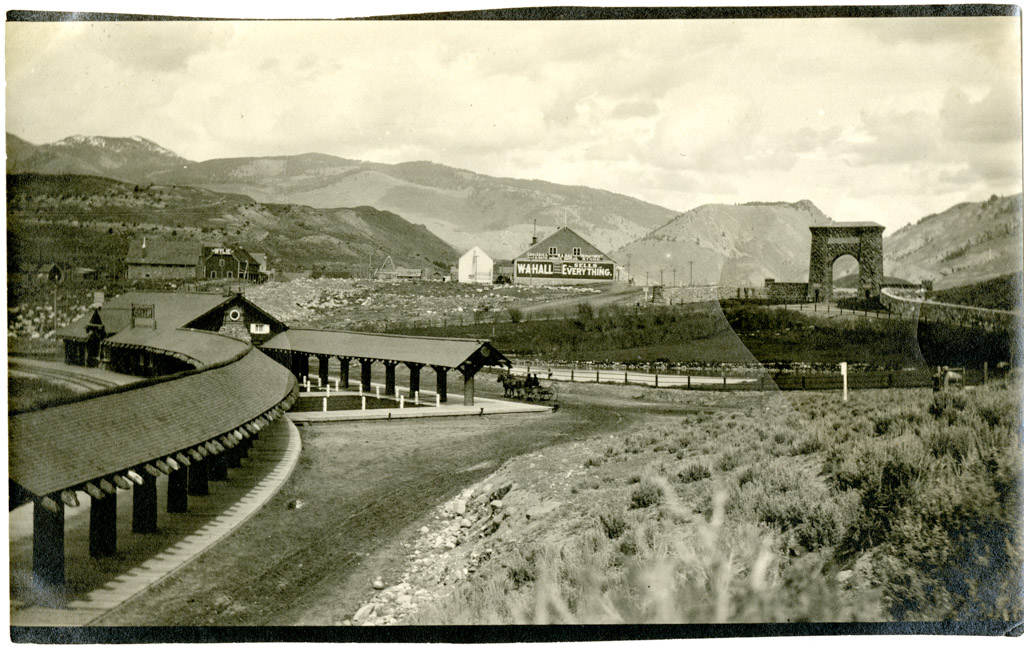 W.A. Hall Store circa 1920. Hall added the Service Station to accommodate the new arrival of automobiles. Cars were first officially authorized to enter the park in 1915. Photo courtesy of NPS (YELL 37121) 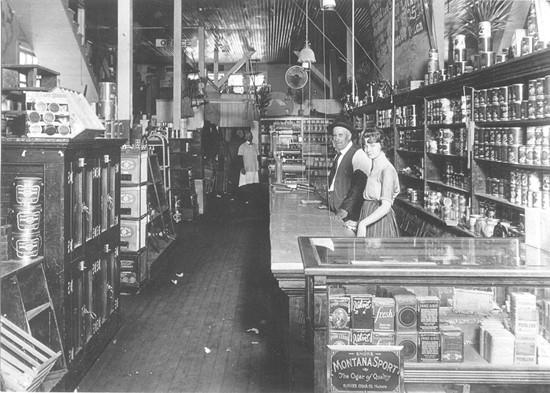 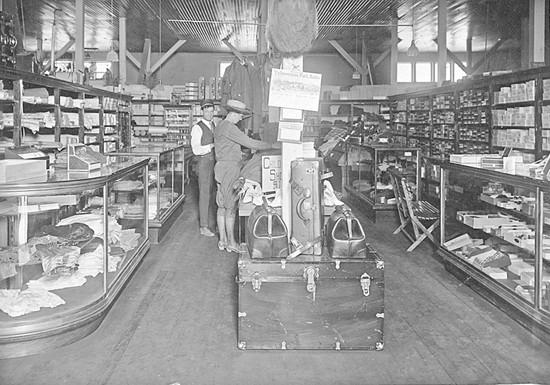 Early 1900s interior of the store – some proof that W.A. Hall literally did sell EVERYTHING. 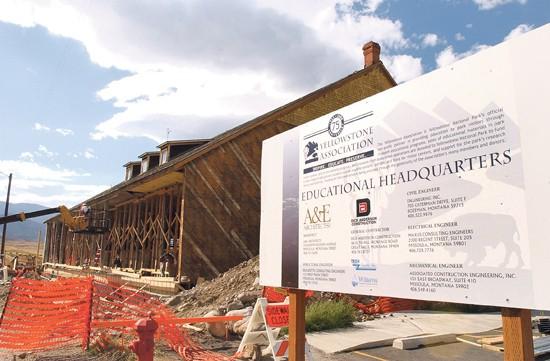 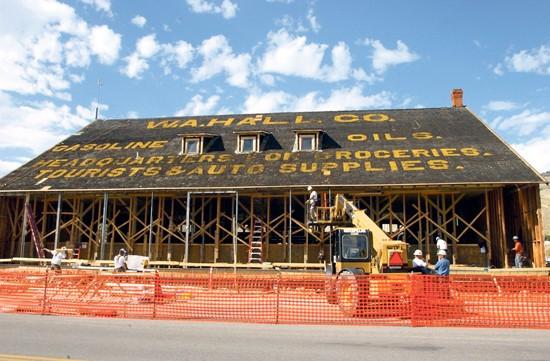 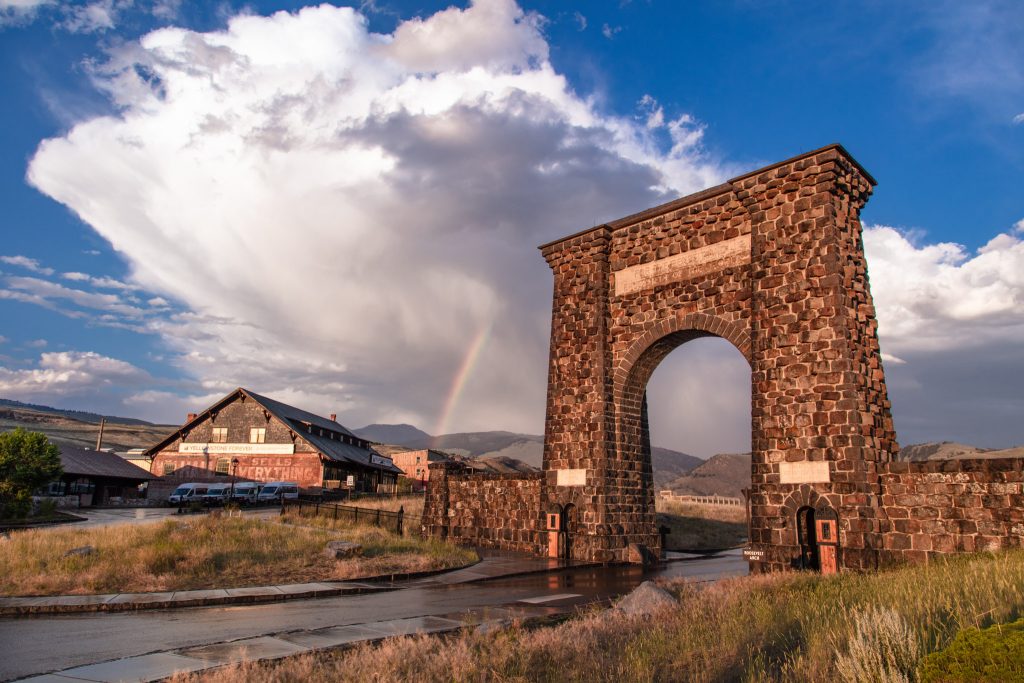 Image showing the proximity of the W.A. Hall building to the border of Yellowstone National Park and the Roosevelt Arch. Photo: NPS/Jacob W. Frank