Who can resist the charm of clumsily cute baby animals? Spring and summer Yellowstone visitors on the lookout for wildlife can often catch a glimpse of their playful antics. We’ve rounded up for you some captivating photos and a few tips for where and when to spot these young critters.

The following are the baby animals you are most likely to see during your Yellowstone visit:

A mother black bear gives birth to one to four cubs in the winter, and they will emerge together from the den in April or May. Cubs start practicing climbing trees as soon as they are strong enough, which is important because they are not fast enough to outrun predators. Black bears are most active at dawn and dusk, but can sometimes be seen mid-day. Look for them in open spaces within or near forested areas.

Where to See: Mammoth, Tower, and Northeast Entrance areas. 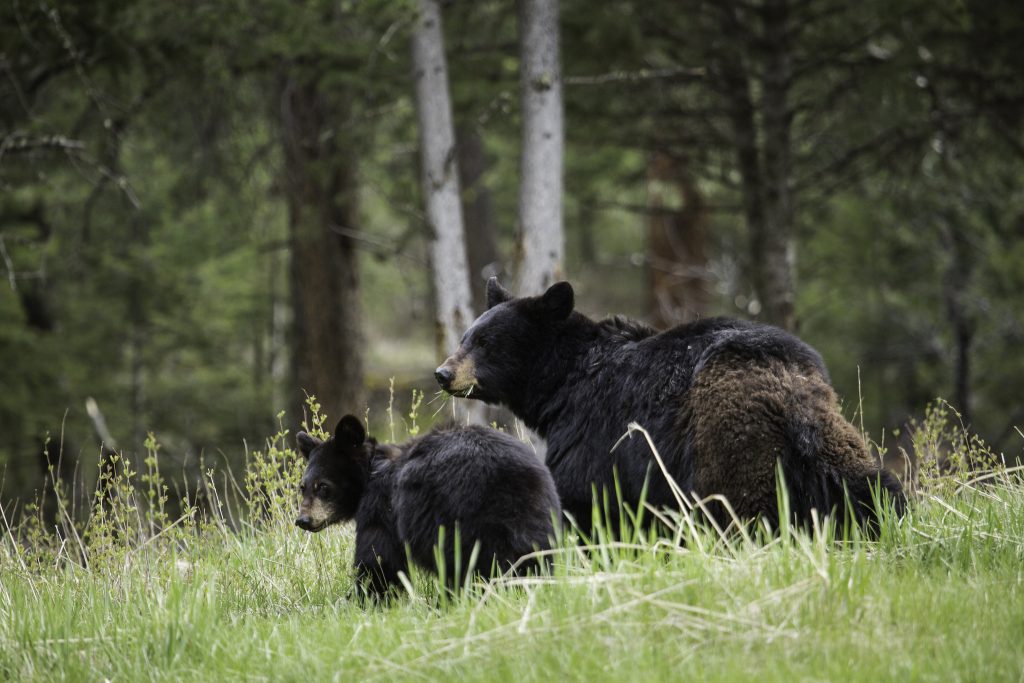 Did You Know? Black bear cubs weigh a pound or less when born, and are blind, toothless, and almost hairless.

Like black bears, grizzlies emerge from their dens from March through May with one to four cubs. The cubs are very lively and it is a treat to see their comical behavior when playing with each other, their mother, or found objects. Grizzly cubs generally stay with their mothers for two years, however weaning of one- to three-year-old cubs also occurs. Grizzlies are most commonly spotted around dawn or dusk. 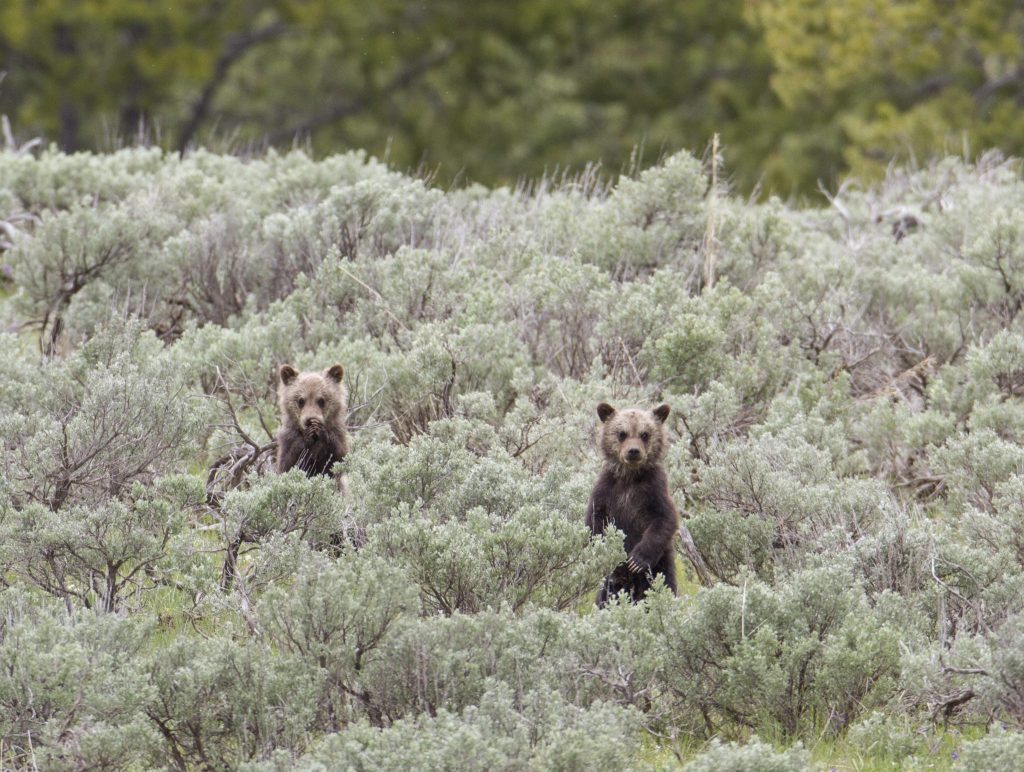 Bison cows give birth to just one calf in late April or May. The reddish-brown calves, affectionately known as “red dogs,” stand out from the other bison due to their brighter color. Calves can keep up with adult bison two to three hours after birth, and they are well protected by their mothers and other members of the herd. Look for bison calves with their herds in open, grassy areas all over the park. 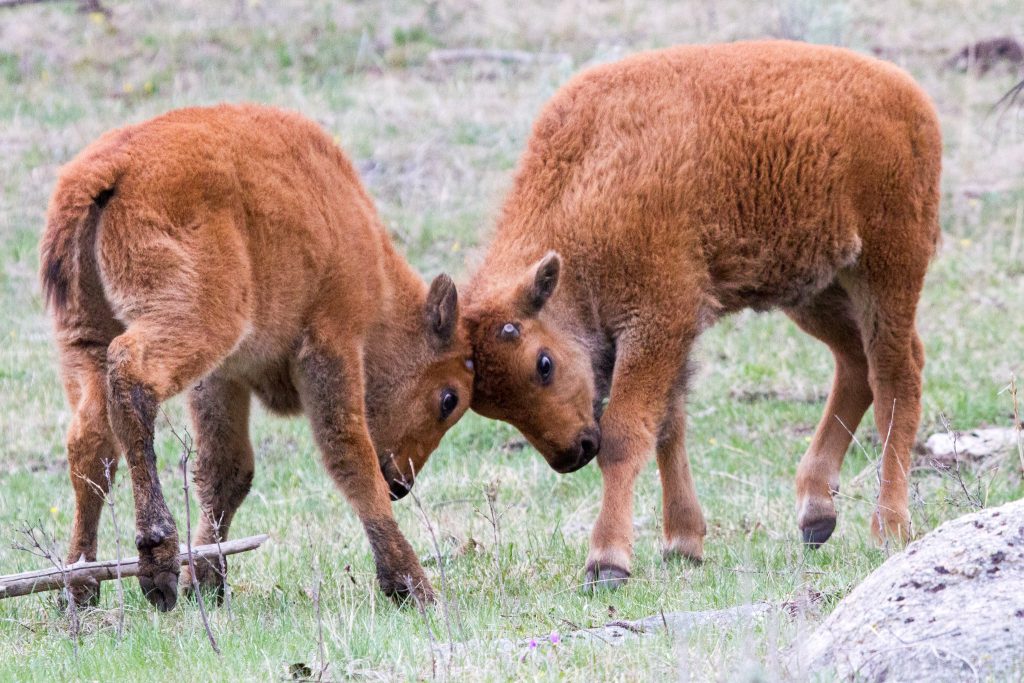 Elk cows give birth to single calves, weighing around 35 pounds, in May to late June. An elk calf can stand by the time it is 20 minutes old. Calves can usually be seen in a “nursery group” of cow elk and other calves, separated from bull elk. You may see one cow “babysitting” more than one calf while the other cows feed. Elk herds can be seen throughout the park. In the heat of mid-day they are most likely to be seeking shade under large trees.

Where to See: Gardiner, Mammoth, and along the Madison River in Spring, Summer and Fall 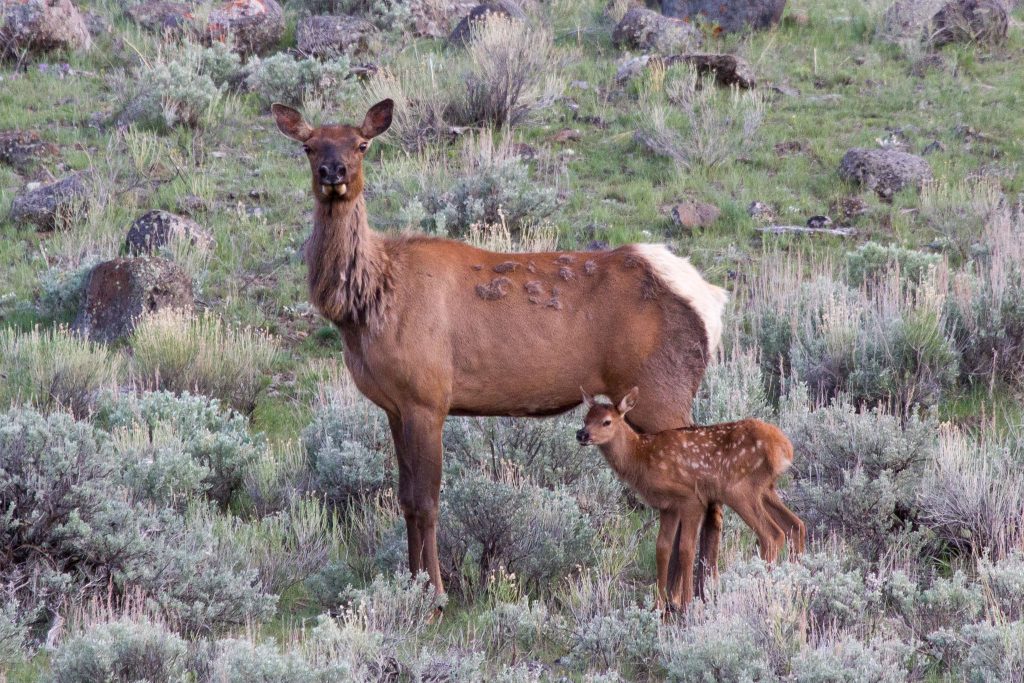 Did You Know? Elk calves are born spotted and with little scent, providing them with camouflage from predators. A mother elk sometimes leaves her newborn calf hidden in the woods while she feeds.

Mammal mothers are very protective. They will not hesitate to charge anyone they perceive as threatening their babies. In Yellowstone, approaching on foot within 100 yards of bears or wolves, or within 25 yards of other wildlife, is prohibited. Avoid the temptation to inch closer: bring binoculars or a spotting scope. Learn more about safe wildlife viewing>>

Yellowstone Forever funds several wildlife projects in Yellowstone National Park. Click here to learn more about these projects and how you can help.

Proceeds from our retail store support projects and programs in Yellowstone National Park.

Shop all our plush toys